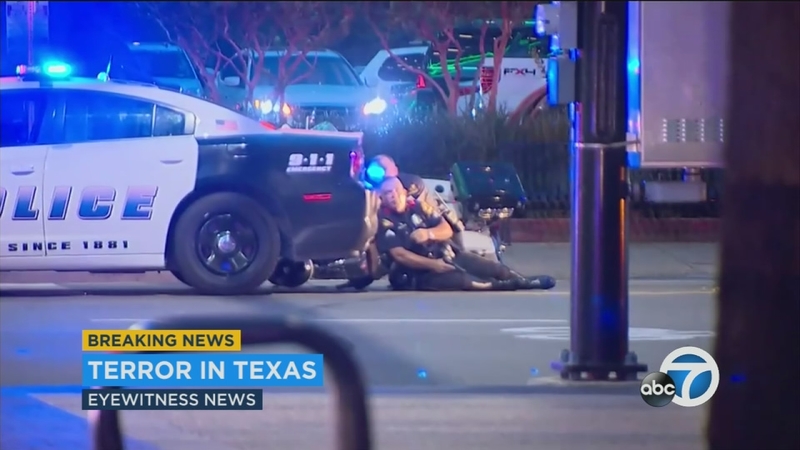 DALLAS (KABC) -- Chaos erupted on the streets of Dallas Thursday night as multiple shots rang out during a protest, killing at least five police officers and critically wounding at least six others.