It's next to the star of the late Roger Moore, who portrayed Bond in seven films between 1973 and 1985.
City News Service 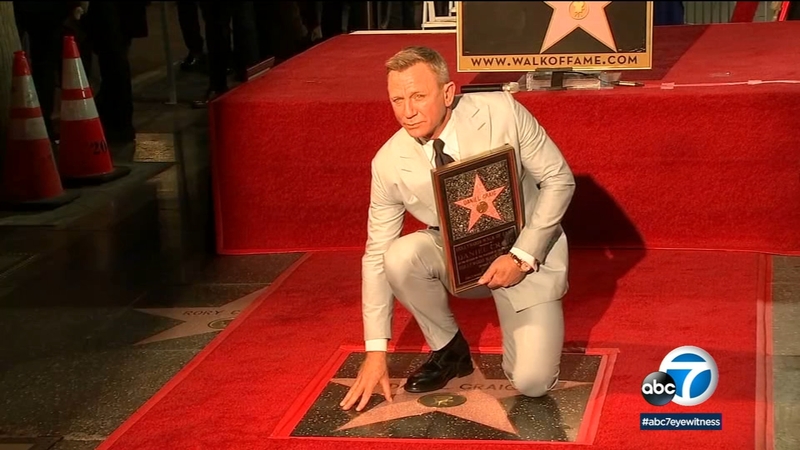 HOLLYWOOD (CNS) -- A star on the Hollywood Walk of Fame honoring Daniel Craig was unveiled Thursday night, two days before the release of his fifth and final James Bond film, "No Time to Die.''

"I never thought I'd never hear myself saying that, but it is an absolute honor to be walked all over in Hollywood,'' Craig said during the 6:30 p.m. ceremony at 7007 Hollywood Blvd., near La Brea Ave. "If happiness was measured by the company we keep then me being on this pavement surrounded by all of these legends makes me a very, very, very happy man.''

The location was chosen because of its address, according to Ana Martinez, producer of the Hollywood Walk of Fame.

Grammy-award-winning rapper and L.A. native Nipsey Hussle and legendary actress Carrie Fisher will be honored with posthumous stars on the Hollywood Walk of Fame.

It is next to the star of the late Roger Moore, who portrayed Bond in seven films between 1973 and 1985.