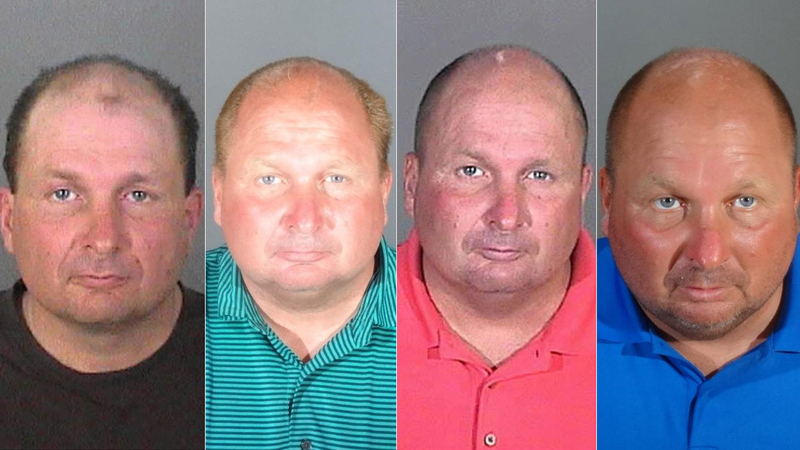 LOS ANGELES (KABC) -- A 48-year-old transient was arrested last week on suspicion of pouring bleach on products in refrigerators and freezers in grocery stores all over Southern California.

Santa Clara County sheriff's deputies arrested David Clare Lohr on Feb. 6 after receiving reports about a man spreading white powder and hydrogen peroxide on a public bus. The powder was later determined to be salt.

Deputies later found a man matching a suspect description at a bus stop in Los Altos and later identified him as Lohr.

During the investigation, authorities determined Lohr was suspected of pouring hydrogen peroxide on or near rotisserie chicken at a Sunnyvale supermarket. As authorities conducted a records' check, they found an FBI warrant in Los Angeles for Lohr.

The federal complaint filed in Los Angeles alleges that in December 2018 and January 2019 that Lohr was caught on surveillance video pouring bleach he took off shelves onto refrigerated and frozen items. The incidents happened at stores in multiple cities - including Redondo Beach, Manhattan Beach and West Los Angeles.

FBI agents in L.A. were notified by supermarket investigators about a man being caught on camera entering markets and pouring the bleach on products.

Some customers even reported smelling bleach on their items and those tampered products were destroyed. Lohr is believed to have done the acts while grocery stores were open to the public.

So far, there have been no reports of anyone falling ill because of Lohr's suspected actions, but further investigation shows that he is also suspected of doing it at a variety of stores and the extent of what he may have done remains under investigation.

Lohr is currently being held in Santa Clara County jail and is expected to appear in U.S. District Court on Friday over charges of tampering and attempting to tamper with consumer products.

He may face charges in Northern California and already faces charges in Arizona and Orange County over similar allegations.