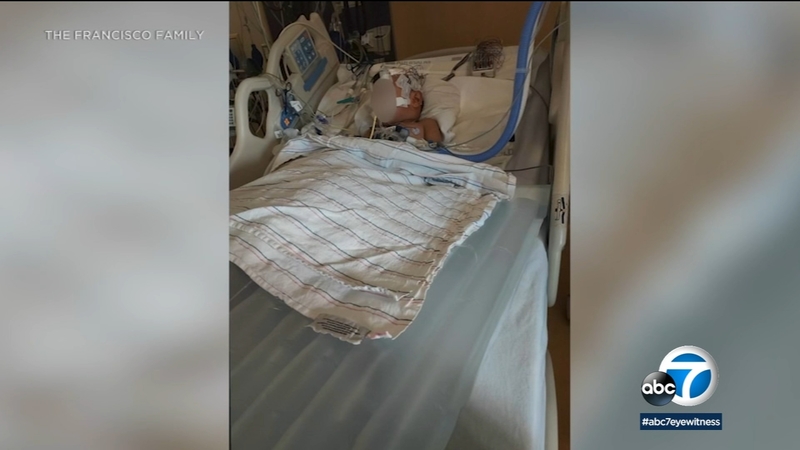 LOS ANGELES (KABC) -- The Los Angeles County Department of Children and Family Services is once again being accused of failing a child in its care. This time, a young foster child who was severely beaten.

The 4-year-old boy is now fighting for his life in a hospital ICU bed after he was beaten to the edge of death.

His name is not being released, but an attorney for his extended family is calling this another gruesome failure by L.A. County.

"Family Services and the sheriff's department of L.A. County are responsible for following up to make sure that foster parents are not abusing the children they're taking care of," said Michael Alder, the attorney representing the boy's aunt.

Alder didn't say why the 4-year-old was placed into foster care, just that he'd been in that household since April.

Alder says the boy was tortured and in a coma when he was brought to the emergency room last month. But Alder says the boy's extended family has been shut out from seeing him in the hospital.

The L.A. County Sheriff's Department tells Eyewitness News it is investigating the case, and that the foster mother, Gabriela Casarez, was arrested in Norwalk. The L.A. County District Attorney's Office charged her with one count of assault on a child becoming comatose/paralysis and two counts of child abuse under circumstances or conditions likely to cause great bodily injury or death, according to the sheriff's department.

The case comes after a string of what child advocates call tragic failures by the L.A. County Department of Children and Family Services.

In July 2019, 4-year-old Noah Cuatro was found dead in Palmdale. DCFS had ordered him returned to his parents despite complaints of abuse.

And the case of Gabriel Fernandez shook the country.

A Netflix documentary told how the 8-year-old boy was left in the custody of his mother and her boyfriend. Gabriel was tortured for eight months before dying in 2013.

Alder said in this recent case, DCFS is also refusing to let the aunt check on another family member also in foster care.

Alder says he'll be filing a complaint against L.A. County this week and plans to follow up with a lawsuit.

DCFS cited confidentiality laws in not specifically addressing the children involved in the case.

In a prepared statement, DCFS writes:

"DCFS thoroughly investigates allegations of caretaker abuse and neglect and, when appropriate, works closely with law enforcement to ensure children remain safe and that substantiated allegations are swiftly addressed in a court of law."