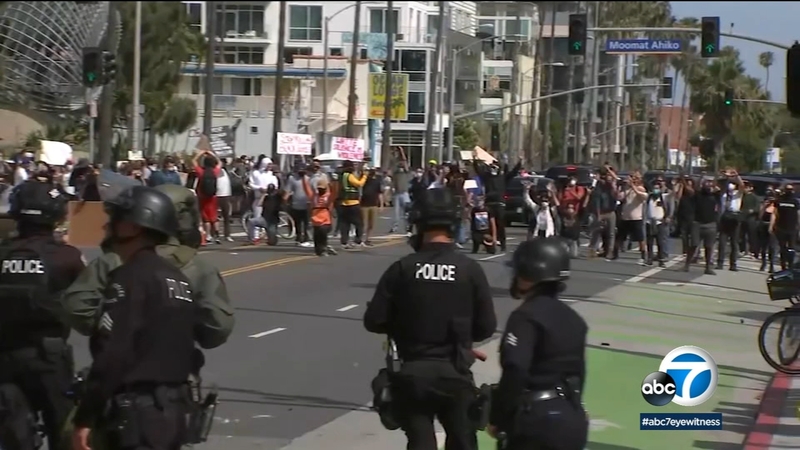 LOS ANGELES (KABC) -- Almost a year ago, massive protests against police brutality and racism forced legislators across the country to respond to a demand for justice in Black communities.

The Los Angeles City Council already voted to cut LAPD's budget by $150 million and direct those funds toward alternative resources.

Tuesday, the city council voted on the allocation of $32 million among six of the 15 council districts; directing that money toward policing alternatives, homelessness prevention and aid, and other resources.

Council District 9 - which includes much of South L.A. - is expected to receive the largest allocation.

"We know that this money, this allocation is based on the spilled blood of people like George Floyd and Breonna Taylor, but also in Los Angeles, people like Wakiesha Wilson and Kenney Watkins, and so many others," said Black Lives Matter co-founder Melina Abdullah.

"We need to make sure that those dollars go directly to Black communities that are most impacted through police abuse, through neglect, through lack of investment," she added.

Proponents stress the proposal distributes the money based on need. But some councilmembers raised concerns over district boundaries.

"I'm fine knowing that the bulk of the money is going to other parts of the city. But it should be by objective qualifying criteria and not by council district," said councilmember Mike Bonin.

"It's our hope that they'll take those, that call seriously, and we look forward to making sure again that those dollars get to Black people, Black Angelenos, through Black organizations," said Abdullah.