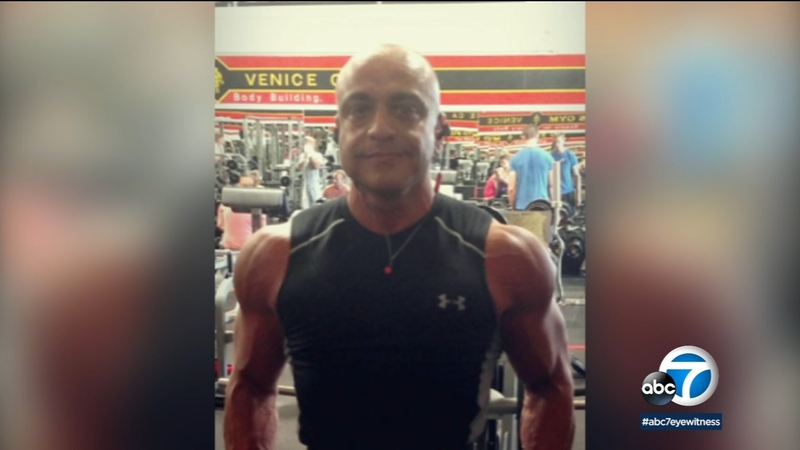 "Nobody has seen his side of the story and you are going to see a very, very different picture of Carl Mandoyan," says attorney Greg Smith.

Deputy Caren Carl Mandoyan has been vilified for nearly two months. He's been called a stalker and a liar and accused of domestic violence. Now, he's fighting back.

Is it evidence of alleged domestic violence? Or a lover's spat between two deputies that got spun out of proportion?

Smith insists there was never any violence against the female deputy and that the couple lived together in the apartment four or five days out of the week. Mandoyan, Smith says, was trying to get back into the apartment to retrieve his badge, gun and car keys after she'd locked him out.

"He obviously regrets all this attention that it's brought on the sheriff," says Smith. "He is very upset about it."

Video from an incident in September 2014 appears to show Mandoyan trying to break into his ex-girlfriend's apartment. He's crouched down outside a sliding glass door with a metal tool and can be seen tapping the window with what appears to be a broomstick.

"I think the big picture here is that we hold our law enforcement officials to a higher standard," Supervisor Janice Hahn tells Eyewitness News. "These are men and women who wear a badge, carry a gun and are tasked with protecting the residents of Los Angeles County. Any appearance that they're doing anything that breaks that trust, I think that is a problem."

Sheriff Alex Villanueva brought Mandoyan back on the job as one of his first official acts after being sworn into office in early December. Mandoyan was a loyal supporter during Villanueva's campaign and served as his driver, although the sheriff has repeatedly denied there was any quid pro quo.

"The only thing he got and anyone got that supported my campaign was the promise that we'd have a whole new department," Villanueva told reporters on Wednesday. "He just happened to be the first one because I knew his case in detail."

Mandoyan is also facing accusations of being involved in a so-called sheriff's "gang," known as the Reapers.

They identify as members of the group by getting matching tattoos.

Mandoyan's attorney confirmed to Eyewitness News his client does have a reaper tattoo, but hasn't been active within the group for more than a decade.

He said it's not a gang, it's a group, and they got tattoos for unit cohesion.

In a statement, the department said:

"The Sheriff has talked about this topic extensively. There is pending litigation and this matter will be decided in court. The Sheriff is focused on running the Department and ensuring the safety of the communities we serve."