The video was part of Mandoyan's disciplinary file with the County's Civil Service Commission, and was at least part of the reason former Sheriff Jim McDonnell fired Mandoyan back in 2016.

Mandoyan's rehiring is at the center of a conflict between Sheriff Alex Villanueva and the Los Angeles County Board of Supervisors, who say the rehiring was illegal.

In her application for a temporary restraining order in 2015, the female deputy wrote that Mandoyan once pushed her onto a couch and strangled her.

Mandoyan's attorney, Greg Smith, tells Eyewitness News that Mandoyan's firing was "a set-up," stemming from the deputy's lack of support for McDonnell's first campaign back in 2014.

Smith said that Mandoyan and the female deputy were actually living together and that she'd locked him out on the patio after a spat.

Mandoyan was trying to retrieve his phone, his keys, his gun and his badge, according to Smith.

Smith tells Eyewitness News there is much more to come in this case.

Mandoyan volunteered on Villanueva's campaign and served as his driver.

Villanueva has been sharply criticized for the rehiring, but it's a decision he defended at a briefing on Wednesday. 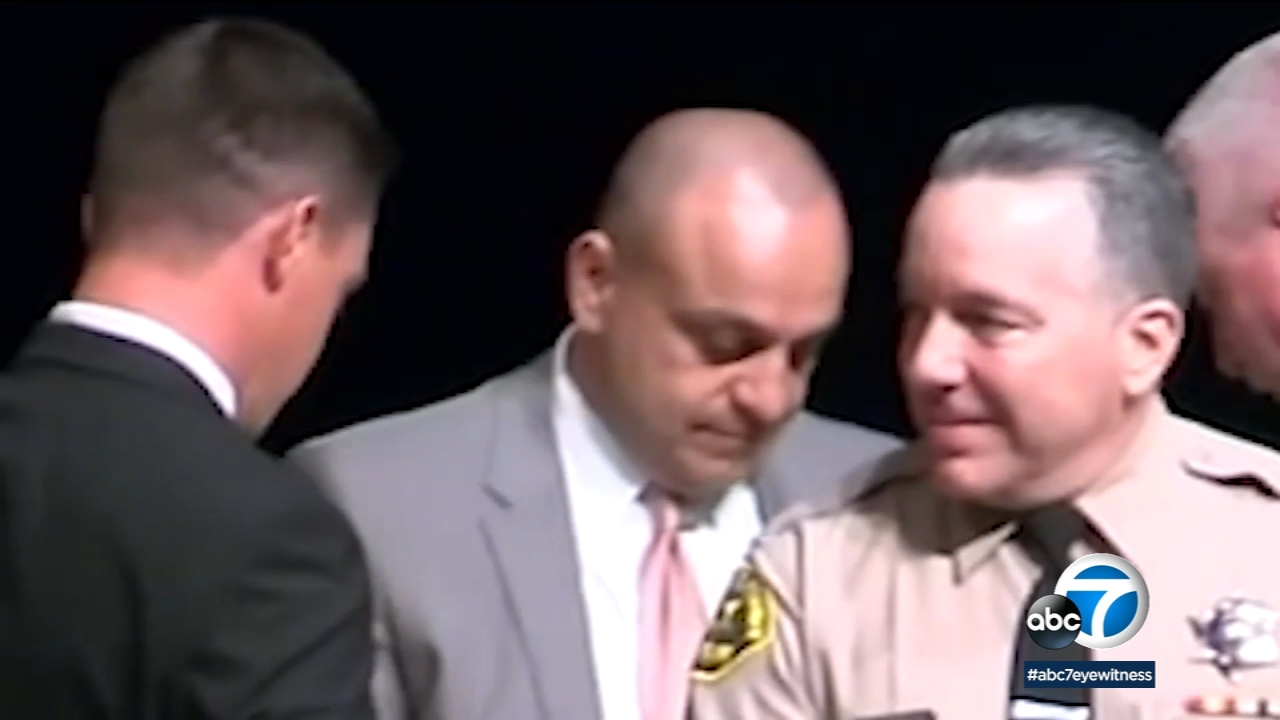 Sheriff Alex Villanueva re-hired deputy Caren Carl Mandoyan, who was on stage with him as he was sworn-in following the sheriff's election.

The sheriff went on to call criticism by the Board of Supervisors "political theater."

"It was driven by politics," Villanueva said. "An opportunity to take a shot as I'm coming out of the gate brand new."

A court date is set for June in the battle between Villanueva and the county.

A judge has declined for now to overturn Sheriff Alex Villanueva's reinstatement of a deputy fired for allegedly stalking, spying on and physically assaulting his ex-girlfriend.

Mandoyan's firing by McDonnell was upheld in a unanimous decision by the Civil Service Commission. It was a five-day hearing with witnesses and exhibits.

Villanueva's "truth and reconciliation" panel wrote a memo describing a one-day review of Mandoyan's case in December. The panel is made up of three high-ranking, male sheriff's department executives, all of whom were recently promoted by Villanueva.

Eyewitness News asked Villanueva at Wednesday's briefing if the "truth and reconciliation" panel ever went back to the female deputy as part of their investigation.

"Was Mandoyan's ex-girlfriend ever consulted or re-interviewed by the "truth and reconciliation" panel?" asked Eyewitness News reporter Carlos Granda.

"Actually, that's gonna be up to them, if they decide to do that," Villanueva replied.

"You don't know if she's ever been consulted," Granda asked.

"No, I'm not aware of that," Villanueva said.

Eyewitness News spoke with the female deputy briefly last week. She said she was never contacted by the "truth and reconciliation" panel or anyone else.