The deadly deputy-involved shooting of a Los Angeles man who was allegedly armed with a gun in Willowbrook was captured on home surveillance video.
KABC 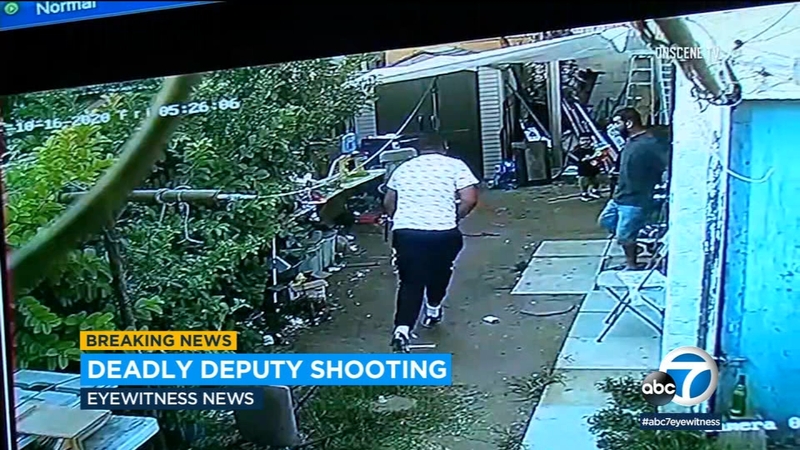 The deadly deputy-involved shooting of a Los Angeles man who was allegedly armed with a gun in Willowbrook was captured on home surveillance video.

Cameras captured the man, who has been identified as Fred Williams, running through the neighborhood around 5:30 p.m. Friday. Coroner's officials initially reported Williams as being 35 years old. They later corrected that report, saying Williams was 25 years old.

Moments later, a pursuing sheriff's deputy comes into view of one of the cameras. Another camera shows a child in the backyard of a house in the 2200 block of East 121 Street.

Williams runs by the child and disappears around a corner of the backyard. Two adults grab the child and move out of view before the deputy runs into the backyard and points his gun, fatally shooting the suspect.

Authorities say deputies were on patrol when they saw a large group of people, including one who was holding a gun, on Friday night. According to detectives, Williams pointed a gun at the pursuing deputy before he was shot.

A large crowd of people, including loved ones, gathered near the area of 120th Street and South Willowbrook Avenue on Saturday night, calling for justice for Williams.