Derek Hough takes center stage, returns to perform on 'Dancing with the Stars'

Derek Hough laced up his dancing shoes and hit the ballroom floor this week on "Dancing with the Stars."
OTRC
By George Pennacchio 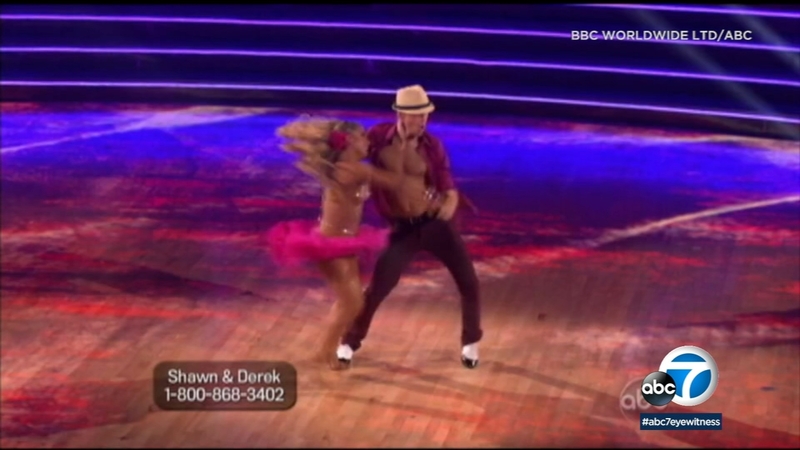 Derek Hough performs on 'Dancing with the Stars'

LOS ANGELES -- Derek Hough, the six-time mirror ball champ, fan favorite and now judge, laced up his dancing shoes and hit the ballroom floor this week on "Dancing with the Stars." It was his first time performing on the show in three years.

Earlier in the pandemic, he performed in primetime with his girlfriend, Hayley Erbert on both "Disney Family Singalong" specials. First, a number to "Be Our Guest" from "Beauty and the Beast" and then to "Step in Time" from "Mary Poppins."

"One of my favorite styles to dance and type of music to dance to is that, it's like the flamenco guitar or the drums. I had some, you know, string musicians come in and play violin and cello and just to sort of add some flavor to it," said Hough. "And dancing with Haley, my girlfriend, is awesome. We're rehearsing then going home and taking ice baths. Icing our legs. But we're excited, it's going to be fun."

"I am very happy that Derek's going to be dancing because Derek is one of the best dancers of this generation," said fellow judge Carrie Ann Inaba.

She, Hough, along with Bruno Tonioli, will still be busy with their "real jobs" every Monday: scoring and giving feedback to the competitors.