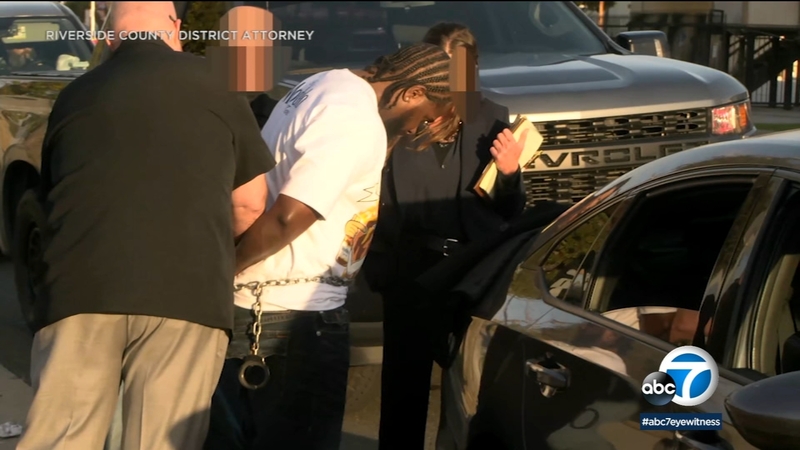 GARDENA, Calif. (KABC) -- A Gardena man has been charged with stabbing to death a woman in Desert Hot Springs nearly three decades ago after DNA from bite marks and blood linked him to the killing.

His arraignment was postponed Wednesday to March 25.

Huss was found dead in her apartment on Parma Drive in Desert Hot Springs on April 24, 1994.

According to spokesman John Hall of the Riverside County District Attorney's Office, she had been stabbed multiple times and was bitten by the killer.

Investigators discovered that she had fought off her attacker, causing the assailant to leave blood. Hall said blood and saliva found at the scene had matching DNA, but at the time, no identity was discovered, causing the case to go cold.

It was only in February that forensic genetic genealogy was used to identify Gadlin as a person of interest in the case. Investigators further discovered that Gadlin lived about 12 miles away from the murder scene in 1994.

After receiving a warrant to obtain Gadlin's saliva, it was discovered that there was a match with the DNA collected at the crime scene, officials said. Investigators located and arrested Gadlin on March 4 and booked him into the Byrd Detention Center in Murrieta where he remains held on $1 million bail.

Riverside County prosecutors charged Gadlin on Friday with one felony count of murder along with sentence-enhancing allegations of using a weapon during the felony.

City News Service and the Associated Press contributed to this report