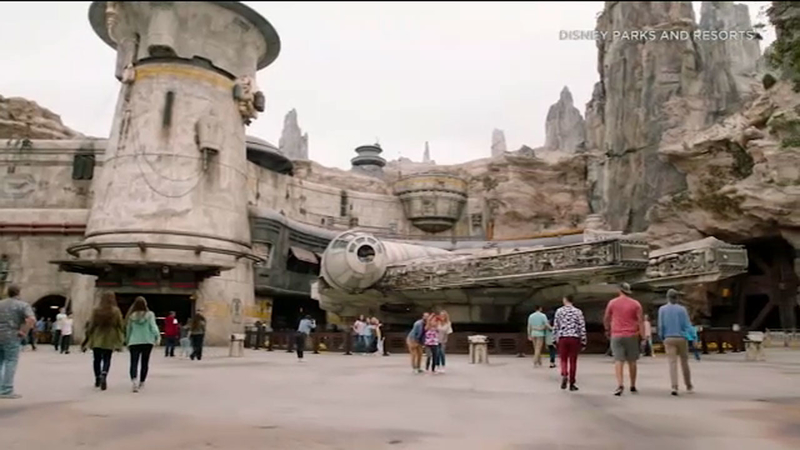 ANAHEIM, Calif. -- The Disneyland Resort just launched a special deal ahead of the opening of one of its biggest attractions in history, the new Rise of the Resistance ride in Star Wars Galaxy's Edge.

"Starting today, our Southern California residents have the chance to come visit us here at the Disneyland Resort for as low as $67 per day with a purchase of a three-day, one-park-per-day ticket. That means you buy that three-day ticket, it comes out to as low as $67," said Disney Ambassador Justin Rapp.

The same deal is available for people outside of SoCal, but for kids ages three to nine, with a savings of about $100 per person. It's something Disneyland expert and author David Koenig was surprised to hear.

"This is normally the time where Disney announces price hikes, so everyone for the last week or so was going OK here goes the big price increase. And then instead, a sale drops in our laps, which is fantastic because this is just a terrific time and a great time to visit Disneyland a week away from one of the biggest rides they'll ever open at Disneyland," said Koenig.

"I wouldn't be surprised if this is the most heavily visited year Disneyland has ever had if for nothing else, that with the extra 14 acres of Galaxy's Edge, they can fit more bodies inside Disneyland than they could in previous years," said Koenig.

Just like guests experienced this past summer, they'll have to make reservations to get on the ride.

"So when Rise of the Resistance does open, there will be a virtual queue, so as you come into the park, you'll be able to make your reservation for that," Rapp said.

With the ride and a discount happening around the same time, it seems the Disney buzz is only expected to continue.

"It's the time to visit. I mean when you get a chance to come in on an offer like this, you've gotta come check it out," said Rapp.

There's also the Lunar New Year celebration, a new parade to expect, and the food and wine festival in February.