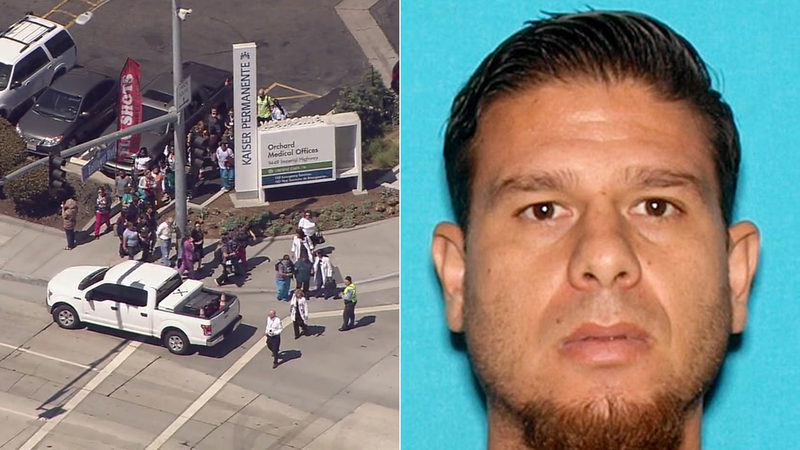 Jesus Rafael Chavez faces two counts of having a concealed firearm and one count of vandalism over $400. His case includes an allegation of being armed with a handgun.

The Lynwood man pleaded not guilty during his arraignment and is scheduled to return to court Sept. 25.

RELATED: Suspect in custody after reports of shots fired at Kaiser hospital in Downey

Police said Chavez prompted an active-shooter scare at the facility on Tuesday.

Witnesses said he was upset over a missed appointment, pulled a gun and threw a chair through a window at one point.

A suspect was detained and more than 400 people were evacuated following reports of shots fired at Kaiser Permanente Medical Center in Downey on Tuesday.