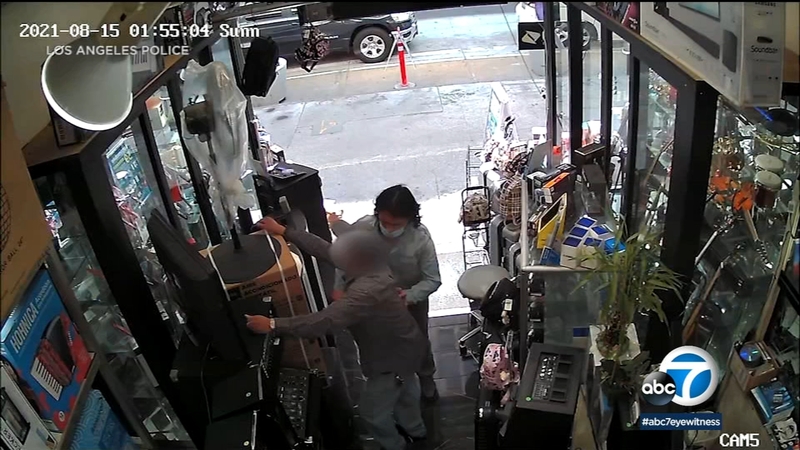 LAPD searching for stabbing suspect in attack caught on video

DOWNTOWN LOS ANGELES (KABC) -- The Los Angeles Police Department is asking for the public's help in identifying a suspect wanted in a violent stabbing that was caught on video.

Earlier this month, police say the suspect entered a business in the 600 block of South Broadway in downtown L.A., approached a man and quickly stabbed him in his abdomen.

The victim, who was not identified, was taken to a hospital and later released.

The suspect is described as a man in his 30s with medium length black hair, weighing approximately 165 pounds. He was last seen wearing a blue button up long sleeve shirt, blue jeans and possibly hiking boots.