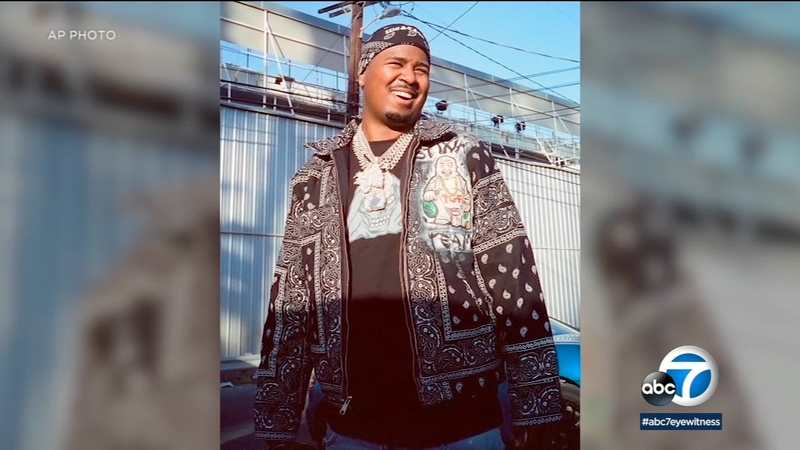 LOS ANGELES (KABC) -- As tributes to Drakeo the Ruler from other musicians and fans pour in, the rapper's mother says she plans to sue the organizers of the Los Angeles music festival where he was fatally stabbed.

Darrylene Corniel told Rolling Stone that there was insufficient security at the Once Upon a Time in LA festival organized by Live Nation.

"This happened backstage at an event. Someone has to be held accountable," she told the publication.

Live Nation officials told Rolling Stone they will continue to assist authorities in the ongoing investigation.

The 28-year-old rapper, who was born in Los Angeles as Darrell Caldwell, died after he was stabbed backstage at the Exposition Park festival on Dec. 18.

The California Highway Patrol is investigating the circumstances that led to the stabbing.

Rapper Drakeo the Ruler dies after being stabbed at Once Upon a Time in L.A. concert, reports say
EMBED More News Videos

Los Angeles rapper Drakeo the Ruler has died after he was stabbed Saturday night at a music show at Exposition Park, according to reports.

Drakeo the Ruler became the fourth rapper killed in Los Angeles in the last three years. The others were Nipsey Hussle, Pop Smoke and Slim 400

Along busy highways, on the sides of buildings and inside a school basketball court, more than 50 colorful murals of Nipsey Hussle have popped up in Los Angeles since the beloved rapper and community activist was gunned down outside his clothing store.

Fans who attended the event described a fun concert suddenly changing in tone.

"We saw security run by and that's when we thought OK security's running by, we see some police, we hear sirens and there's a helicopter," said Amanda Fitzpatrick. "So maybe we should kinda see what's going on or maybe leave."

Around that time, everyone was told to leave.

The final acts, set to include Snoop Dogg and 50 Cent, were canceled.

It was suprising to her in particular that a knife was used because metal detectors were screening people who entered the festival, she said.

"We realized the fact that they had metal detectors so we felt safe, coming from out of town and whenever you go to an event you always want to make sure they're checking for weapons or anything of that nature. So we felt safe."

Other artists and fans offered tributes to Drakeo, praising his music and talent, and calling for peace in Los Angeles

"I'm saddened by the events that took place last night at the Once Upon a Time in LA festival," Snoop Dogg tweeted. "My condolences go out to the family and friends of Drakeo the Ruler.''

"I'm not with anything negative and as one of the many performers, I was there to spread positive vibes only to my city of LA. Last night I was in my dressing room when I was informed about the incident and chose to immediately leave the festival grounds.