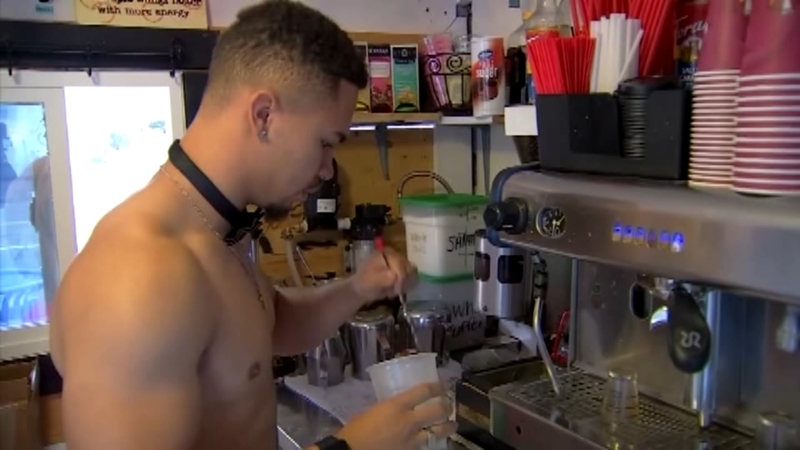 The baristas are turning heads and getting people to pull out their cameras in Seattle's Capitol Hill neighborhood, KIRO-TV reports.

"I worked for Starbucks a couple years back and I really enjoyed being a barista," Brandon Peters said, who now has less of a uniform than he did at Starbucks.

"Felt like why can women do it, but men can't?" barista Ja'Shaun Williams asked.

The owners of the new coffee stand also own 45 "Ladybug Bikini" espresso stands, with female baristas, across Washington and Oregon.

There was one at this same location for about a year, but it closed a few months ago after a lack of business.

The owners said their customers and employees suggested hiring men to serve coffee instead.

"I definitely like the idea of equality with it now, there's a male stand and female stands, so I mean I really like it and I think it's a cool form of a little bit of entertainment with your coffee," Peters said.