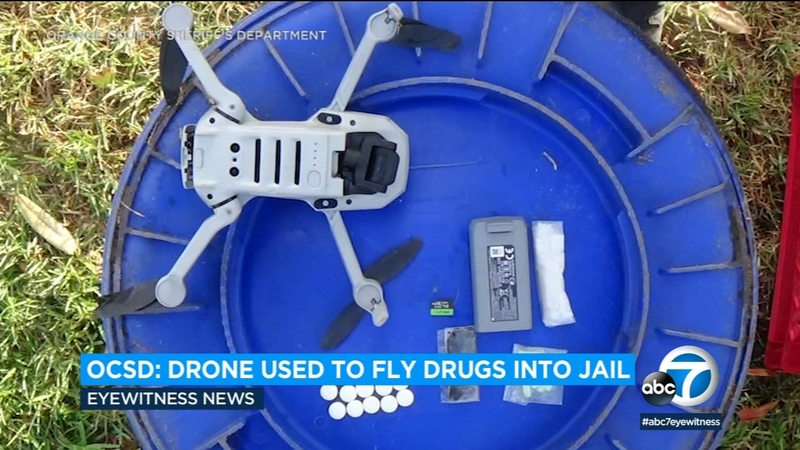 ORANGE, Calif. (KABC) -- A Costa Mesa man living under a stolen identity and a female inmate have been charged with using a drone to smuggle drugs into a jail in Orange.

Chey Cody Smart, 41, and Megan Elizabeth Donovan, 31, of Fountain Valley, were charged with one count of smuggling controlled substances into a correctional facility and one felony count of conspiracy to commit a crime, according to the Orange County District Attorney's office.

The drone is suspected of carrying heroin, methamphetamine, Xanax and muscle relaxers into the Theo Lacy Facility on Sunday.

Detectives say an inmate worker found the drone in a grass area inside the jail a few days after, leading to Smart's arrest that same day.

Donovan, who was previously convicted for bringing drugs into a correctional facility, is accused of using a jailhouse phone to help direct Smart on where to fly and land the drone. She faces a maximum sentence of five years if convicted on all charges.

Smart is accused of being in possession of meth, cocaine, Xanax, fentanyl and heroin, along with several rifles, as well as using an assumed identity to rent a Costa Mesa apartment and buy a 2018 BMW, according to prosecutors.