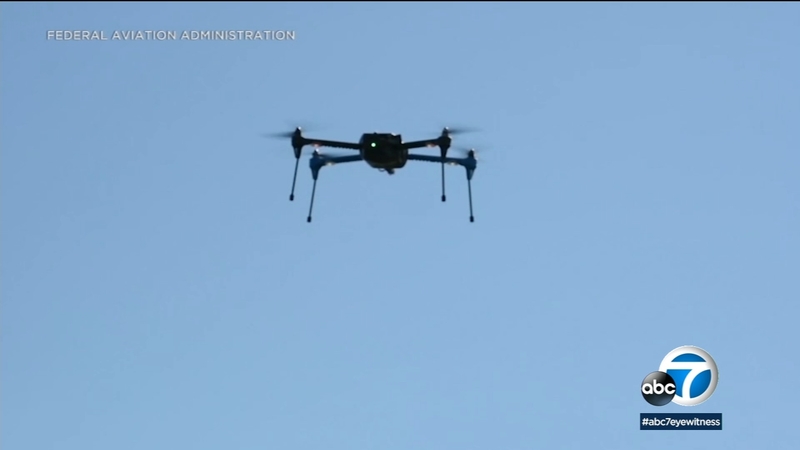 INGLEWOOD, Calif. (KABC) -- No drones will be allowed near SoFi Stadium in Inglewood Sunday for the Super Bowl, the Federal Aviation Administration announced.

The temporary flight restriction will be in effect Sunday from 2:30 p.m. to 8:30 p.m. and covers an area that stretches as far out as Chino Hills: anywhere within a 30-nautical-mile radius (34.5 miles) of SoFi Stadium, and up to an altitude of 18,000 feet.

Drone Pilots: The @LACity area will be a #NoDroneZone during the @NFL @SuperBowl. Drones are prohibited within a 30-mile radius of @SoFiStadium on game day. Learn more at https://t.co/r6dFfgcygb. #SuperBowlLVI pic.twitter.com/0xrh70pMDT

The FAA said in an alert Wednesday that violators of the "No Drone Zone" could face a fine of up to $30,000, criminal prosecution and confiscation of their drone.

Football fans attending the Super Bowl LVI Experience Sunday, played their own games while they get ready for the championship matchup between the Los Angeles Rams and the Cincinnati Bengals.

Further information about all drone restrictions can be found on the "FAA's Safety Plan for Super Bowl LVI" page.

Motorists who travel near SoFi Stadium should also plan to encounter street closures and lane restrictions beginning later this week.

RELATED: Here's how the LA Rams and SoFi Stadium are preparing for Super Bowl LVI


Here is a list of planned street restrictions in the area: