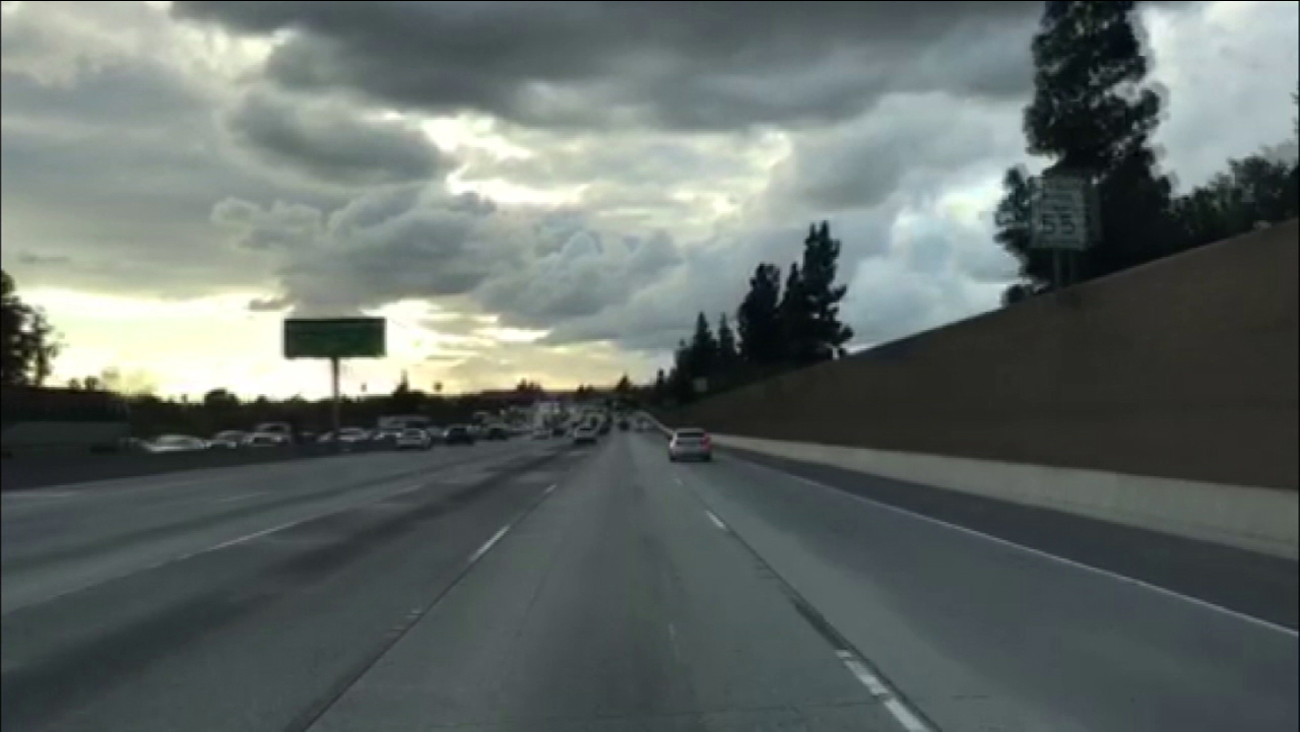 DUARTE, Calif. (KABC) -- A 24-year-old motorist was killed Wednesday when metal debris smashed through his vehicle on the 210 Freeway in Duarte, prompting a search for the driver of the vehicle that kicked up the debris.

The victim, an Eastvale man, was pronounced dead at the scene near Buena Vista Street about 12:45 p.m. Wednesday, according to the California Highway Patrol. He was later identified by the Los Angeles County coroner's office as Stace Woodward.

The victim was behind the wheel of a 2014 Volkswagen when a tan pickup truck or SUV in front of him ran over the debris, sending it flying into the air, CHP investigators said.

"The metal debris entered the Volkswagen through the windshield," hitting Woodward, said CHP Officer Rodrigo Jimenez. A passenger, identified as a 25-year-old Upland man, was unhurt and took the wheel.

"The passenger immediately took control of the Volkswagen and brought the vehicle to a stop at the Buena Vista Street off-ramp," Jimenez said. The passenger then administered first aid until firefighter-paramedics arrived.