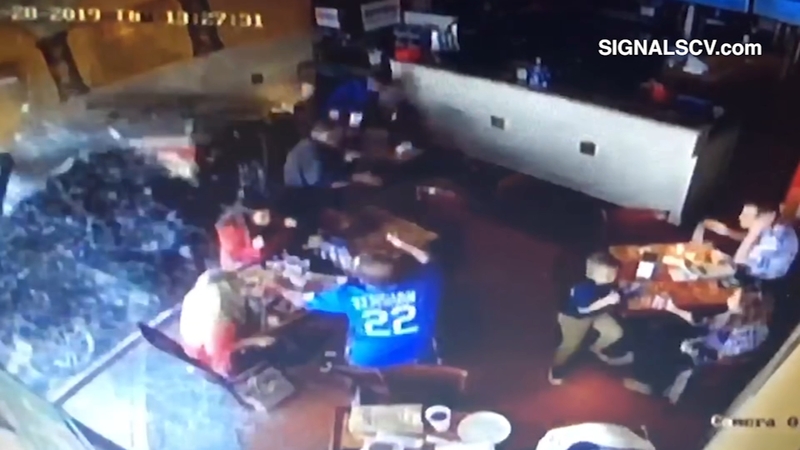 NEWHALL, Calif. (KABC) -- A 40-year-old woman who was allegedly four times over the legal limit for impaired driving was arrested after she smashed her car through the windows of a restaurant in Newhall, officials said.

A man in his 60s who was inside the restaurant was hospitalized with moderate injuries after the crash. Other patrons inside the busy restaurant were struck by flying glass and debris but did not require hospital treatment.

It happened at the Ameci pizza kitchen at a strip mall on the 24200 block of Lyons Avenue around 12:30 p.m. Friday.

Deputies conducted a field sobriety test and a blood-alcohol test on the driver and say she was driving at nearly four times the legal limit.

She was arrested for felony DUI with bodily harm. 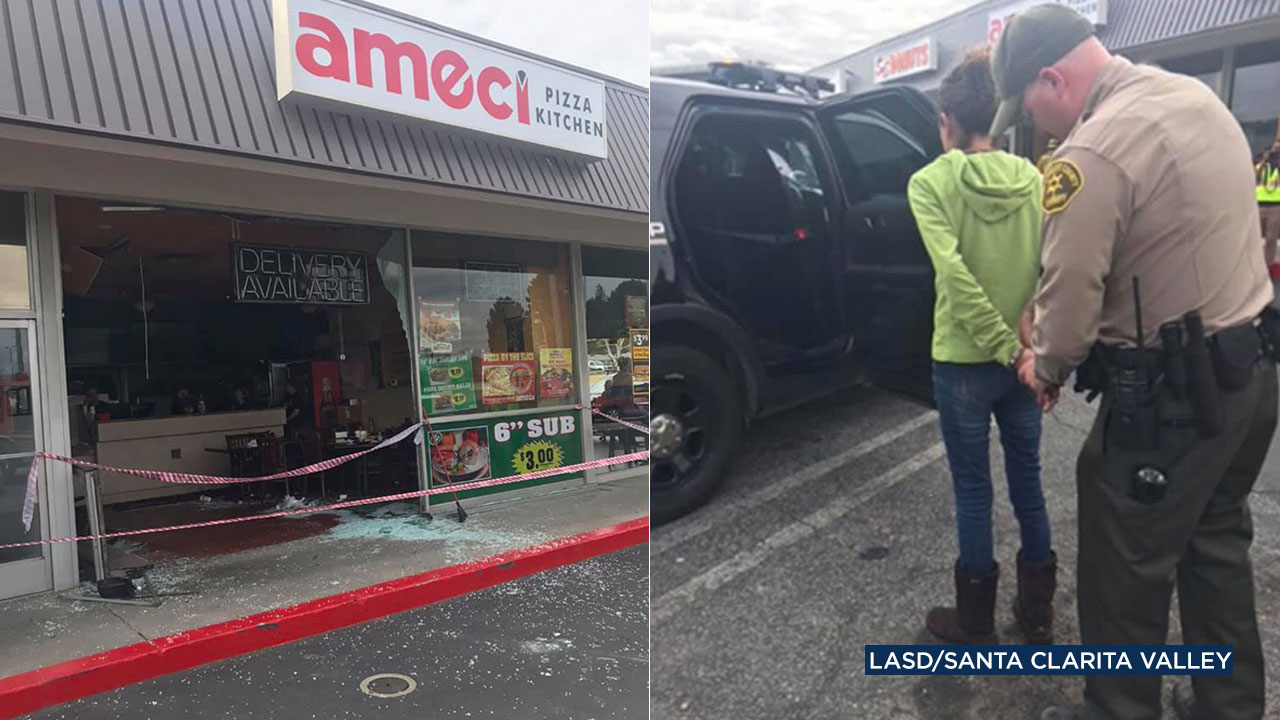 Deputies arrested a 40-year-old Sylmar woman who was allegedly drunk when she drove through the windows of a restaurant in Newhall.