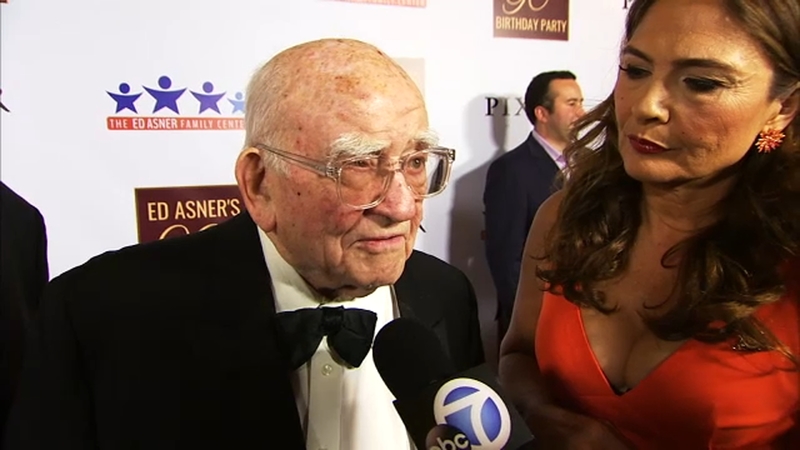 HOLLYWOOD (KABC) -- Ed Asner celebrated his 90th birthday with a big party in Hollywood. The event also served as a benefit for something near and dear to his heart.

In his long career, Asner has won seven Emmy Awards-- five of them for playing the same character! He got three for "The Mary Tyler Moore Show" and then two more for "Lou Grant."

Among his hundreds of roles, Santa Claus in "Elf", and as Carl in the Pixar animated movie, "Up." Perhaps his biggest role, though, is promoting self-confidence in differently abled people through The Ed Asner Family Center, which opened in Reseda earlier this year.

"I have an autistic son who was able to get a degree from the University of Southern Connecticut, "said Asner. "I want these kids to have that same opportunity and go beyond."

Ed's son, Matt, and his wife have three children on the spectrum. They run the center.

"We've created this center where the entire family can come and have enrichments and mental health support and yoga and meditation while their children are getting enrichments," said Navah Paskowitz-Asner.

"People are supposed to mellow with age, right? Not Ed," said Tom Bergeron. "Didn't get the memo. And I love that. I think that's why he's 90!"

"He's a tough guy. He used to intimidate me but not anymore because, you know, he's incoherent," joked Brad Garrett.