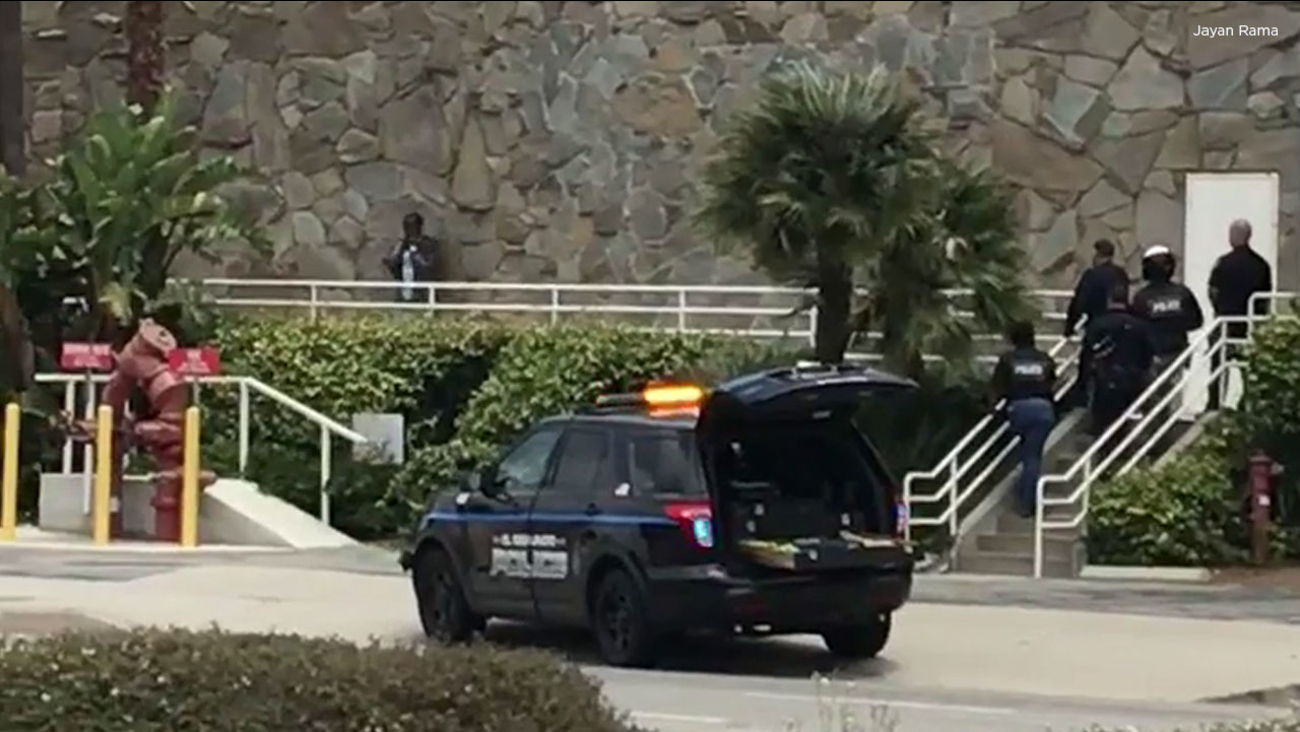 El Segundo PD officers responded to the 800 block of N. Pacific Coast Highway at about 11 a.m. after a report of a person trespassing.

Officers located the man, who immediately ran off. Officers gave chase and were able to contain the suspect in the 700 block of N. Pacific Coast Highway, authorities said.

The suspect produced a knife and threatened to harm himself. After over three hours of negotiating with the suspect, efforts failed to have him drop the weapon and surrender, police said.

Less-than-lethal devices were used to get the suspect in custody, according to authorities.

Police said the suspect was discovered to have self-inflicted stab wounds and was transported to an area hospital, where he was listed in stable condition.

One El Segundo Police Officer sustained a non-life threatening injury while taking the suspect into custody. It was unclear what caused the injury.