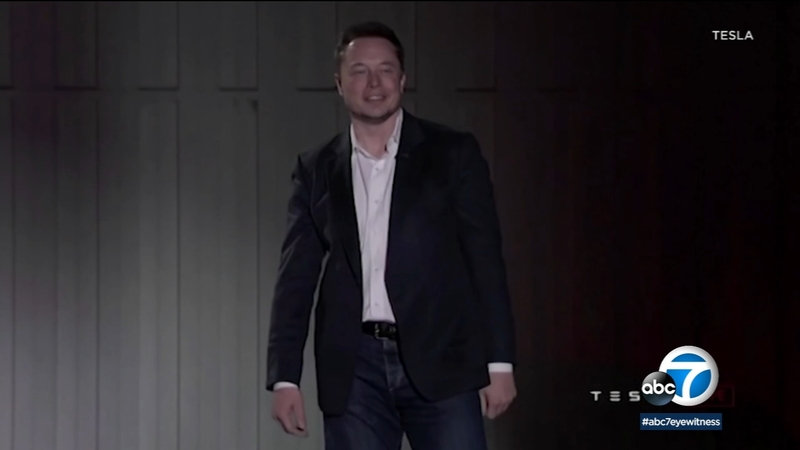 Are you an inventor who is interested in creating technology that benefits the environment?

If so, then Elon Musk has a challenge for you -- and he's throwing in a major incentive.

In a tweet on Thursday, the Tesla CEO announced his offer of a $100 million prize to anyone who can develop the "best" technology to capture carbon dioxide emissions.

"Details next week," the billionaire added.

When investor Ross Gerber suggested "a tree," Musk responded: "They are part of the solution, but require lots of fresh water & land.

Dave Chappelle tested positive for the coronavirus just before his comedy show scheduled for Thursday, forcing his upcoming appearances to be canceled, a spokeswoman said.

"We may need something that's ultra-large-scale industrial in 10 to 20 years," Musk tweeted. "For now, by far the top priority is accelerating the transition to a sustainable energy economy."

So far, efforts have mostly been focused on reducing emissions rather than removing carbon from the air. But capturing planet-warming emissions is becoming a critical part of many plans to keep climate change in check.

Meanwhile, as a solution to Miami's notoriously congested traffic, Musk is also proposing to dig tunnels with The Boring Company, one of his many business ventures. Experts say the idea would be costly and is fraught with engineering obstacles, but it's not outright crazy.

Musk, who also founded SpaceX and Neuralink, tweeted that he spoke with Gov. Ron DeSantis about the idea earlier this month.

Am donating $100M towards a prize for best carbon capture technology

"If Governor & Mayor want this done, we will do it," Musk tweeted. Miami Mayor Francis Suarez, a Republican, described the idea as a "no brainer" and replied, "we would love to be the prototype city."

In a photo posted by comedian Joe Rogan on Instagram earlier this week, Musk was seen at Stubb's Waller Creek Amphitheater in Austin, Texas, with Rogan and other stars including Dave Chappelle, Donnell Rawlings and Ron White.

A spokesperson for Chappelle said he tested positive for the coronavirus just before his comedy show scheduled for Thursday, forcing his upcoming appearances to be canceled.