'We need to open the pathway to other storytellers': 1st black woman to direct a 'Star Wars' film calls for change in movie industry

With a decade of directing under her belt, movie director Victoria Mahoney discusses what it will take for the entertainment industry to begin making positive changes for people of color.
KABC 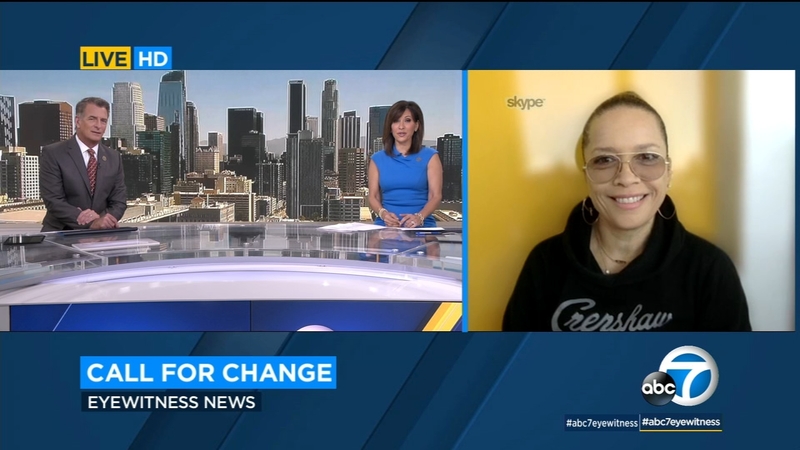 We've watched the demonstrations grow over the last couple of weeks. So many are calling for change, and that change has been slow to come in the entertainment industry.

Victoria Mahoney, the first woman and first black woman to direct a 'Star Wars' Film, joined ABC7 via Skype to discuss that change needed in the movie industry.

Decade of directing with powerful supporters
"No one really gets to that position of a grander scale without allies and advocates and accomplices, as we say. It's impossible. It's impossible to go as an outlier primarily, from you know, the periphery and move into a power position of storytelling, which is handed out very casually to my peers," said Mahoney.

Will we see storytelling changes in television?
"Who are the individuals who got to filter that story through a very particular lens and how many times have we seen that story filter through the exact same lens?" said Mahoney. "We need to open up the door and the pathway to other storytellers. So that we're not getting a homogenized version of what is right or wrong."

The impact of current meaningful conversations
"We are now in a place where well-meaning white folks can finally, they are in a position where they cannot unsee. And so, we can start our discussion and growth from a place where we now are all aware. Then, we have a place to grow and progress and evolve," said Mahoney.

"We want them all gone. We need new leadership. We need fresh leadership. Some of the people who are on the streets should be leaders...the system needs to be dismantled and be built back equitably for everyone else."