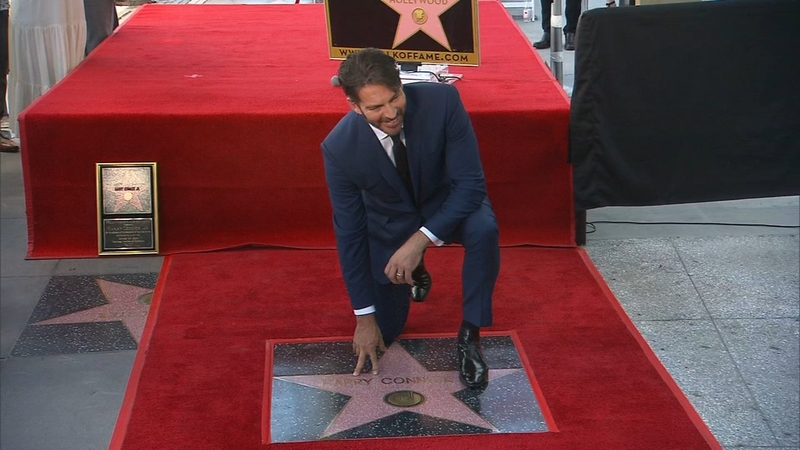 As for the placement of the star, it's right by one of his musical heroes: Cole Porter.

"This is a really big deal for me, you have no idea what it means to be placed for eternity next to Cole Porter," said Connick. "This is something I take very, very seriously. Entertainment to me is like a religion. These people behind the barricade are the specific reason I do what I do. You mean so much to me folks and I think you probably know that."

"I smile to know that folks will wander down this walk for generations looking at the names, and look at you as one of the great performers of our time," said Zellweger. "And as a good benevolent man who gave as much of his infinitely substantive heart as his equally matched talent. You are an original."
Report a correction or typo
Related topics:
arts & entertainmenthollywood walk of fame
Copyright © 2021 KABC-TV. All Rights Reserved.
TOP STORIES
Corona shooting: Suspect's friends believed he had gun in theater
Firefighters battling brush fire in Angeles National Forest
Equinox, SoulCycle to require proof of vaccination
'Magic Key': Disneyland unveils new program to replace annual passes
Hahn, Kuehl call for vaccine, testing mandate for LA County workers
Dodgers kick off two-game series against Astros
COVID-19 hospitalizations in LA County nearly quadruple in one month
Show More
Spirit Airlines, American Airlines cancel more than 800 flights
Majority of huge homeless encampments near Azusa park cleared
Tyson Foods, Microsoft to require vaccination for US workers
Pediatric patients use robot to 'run the bases' at Dodger Stadium
Biden chides Republican governors who resist vaccine rules
More TOP STORIES News