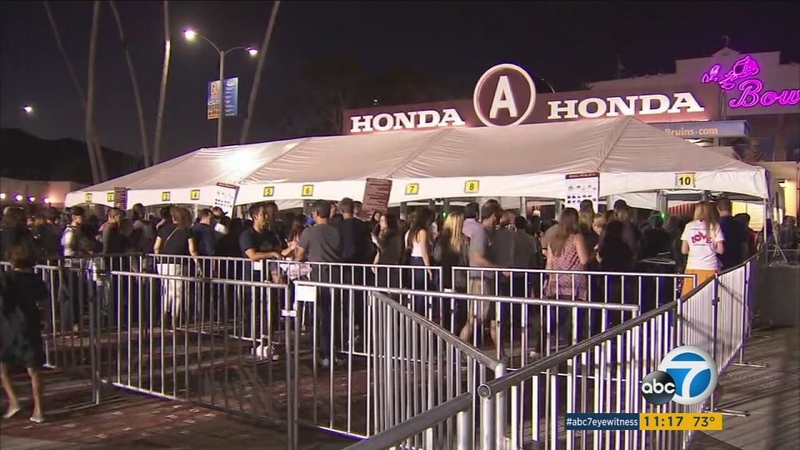 PASADENA, Calif. (KABC) -- Days after a gunman slaughtered 58 people in Las Vegas, extra security was in place Friday night when the British rock band Coldplay took the stage at the Rose Bowl in Pasadena.

Some 60,000 spectators attended the concert, where law enforcement officers were a presence in parking areas and in the neighborhoods above the venue.

"We've met with our Pasadena Police Department and our fire department, and we've assessed our stadium," said Rose Bowl COO George Cunningham. "We don't feel that we have that type of threat level that we had in Las Vegas."

Concertgoers were urged to visit rosebowlstadium.com for information on concert rules and regulations. Bags were allowed inside the venue unless they are transparent.

All ticketholders were required to pass through metal detectors.