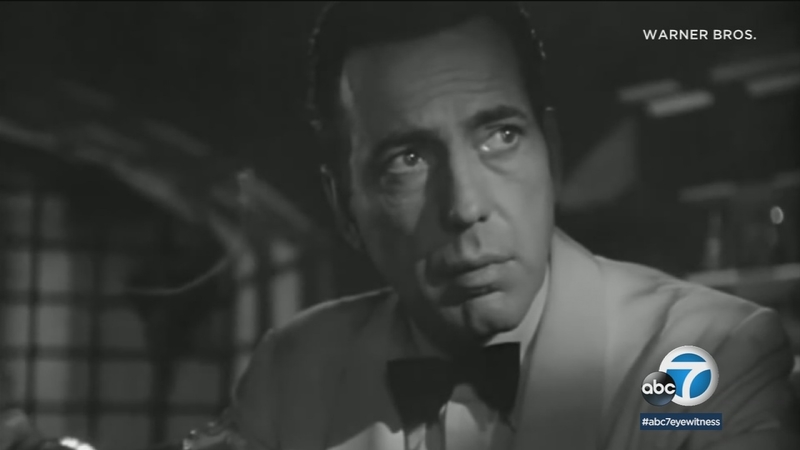 A new book will change the way you look at some of Hollywood's classic movies and television shows.

"Hollywood Heyday" is a book 40 years in the making. It all started when two 18-year-old boys from Minnesota, just out of high school, decided they wanted to profile celebrities from Hollywood's Golden Age.

Teenagers David Fantle and Tom Johnson first sent Gene Kelly -- and one other famous figure -- interview requests, both with self-addressed, stamped envelopes for them to reply. Both replied yes.

"Well, it all started with 1978 when we made our first trip from St. Paul to Los Angeles to meet the screen legends, Fred Astaire and Gene Kelly, and they consented to meet us," Fantle said. "When you meet with Astaire and Kelly, they were so universally revered, they opened all the doors for us."

That would lead them to interviewing about 250 celebrities over the course of 40 years, most of them during their time in college, writing for the newspaper at the University of Minnesota.

Now, 75 of those interviews are part of their new book, "Hollywood Heyday," among them, the legendary Lucille Ball.

"When we interviewed her, she was completely devoid of humor. She was strictly a straight woman, a business woman," Johnson said. "She was very, very interesting. Extremely interesting and factual about everything she said, but there wasn't a yuk. There wasn't the crazy Lucy like from her TV shows."

Julius Epstein, the Oscar winning co-writer of the classic film, "Casablanca," shocked them with what he had to say.

"He totally denigrates "Casablanca." He said, 'We wrote it as camp. How can camp be any good?'" Fantle said. "So, here is this American treasure, arguably the greatest film from the studio system, and here's the screenwriter with his Oscar in the photo, denigrating his own work."

"He's just cracking jokes about it and dismissing it like crazy," Johnson said.

Then there's this gem from Mike Connors, the late star of the classic TV detective series, "Mannix."

"Mr. Connors told us that one of the biggest fans of the show that he found out when this person called his secretary was Bill Gates, up in Seattle," Johnson said. "He worshipped "Mannix" and had a little shrine in his house devoted to "Mannix.""

As a gift, Connors sent Gates one of his classic Botany 500 sports coats he wore on the show.