Kim Richards arrives at the 20th annual Race to Erase MS event 'Love to Erase MS' at the Hyatt Regency Century Plaza on Friday, May 3, 2013. (Photo by Jordan Strauss/Invision/AP)

BEVERLY HILLS, LOS ANGELES -- Former "Real Housewives of Beverly Hills" cast member Kim Richards was sentenced to three years of probation Monday after pleading no contest to resisting arrest after she was kicked out of a posh Beverly Hills restaurant in April.

Richards, an actress who as a child starred in 1975's "Escape to Witch Mountain," did not attend the hearing but entered the plea through her attorney, Sara Caplan.

Godfrey ordered Richards to stay away from the Beverly Hills Hotel while on probation. A hearing to update Godfrey on Richards' progress is scheduled for Dec. 14.

Richards faces a separate shoplifting case filed after she was accused of taking about $600 in merchandise from a Target store in the San Fernando Valley in August. She has pleaded not guilty. 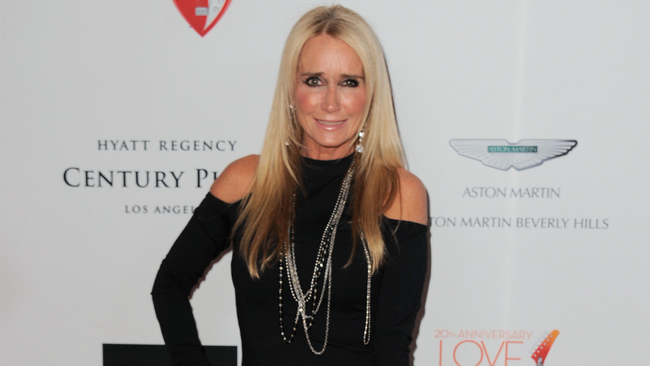