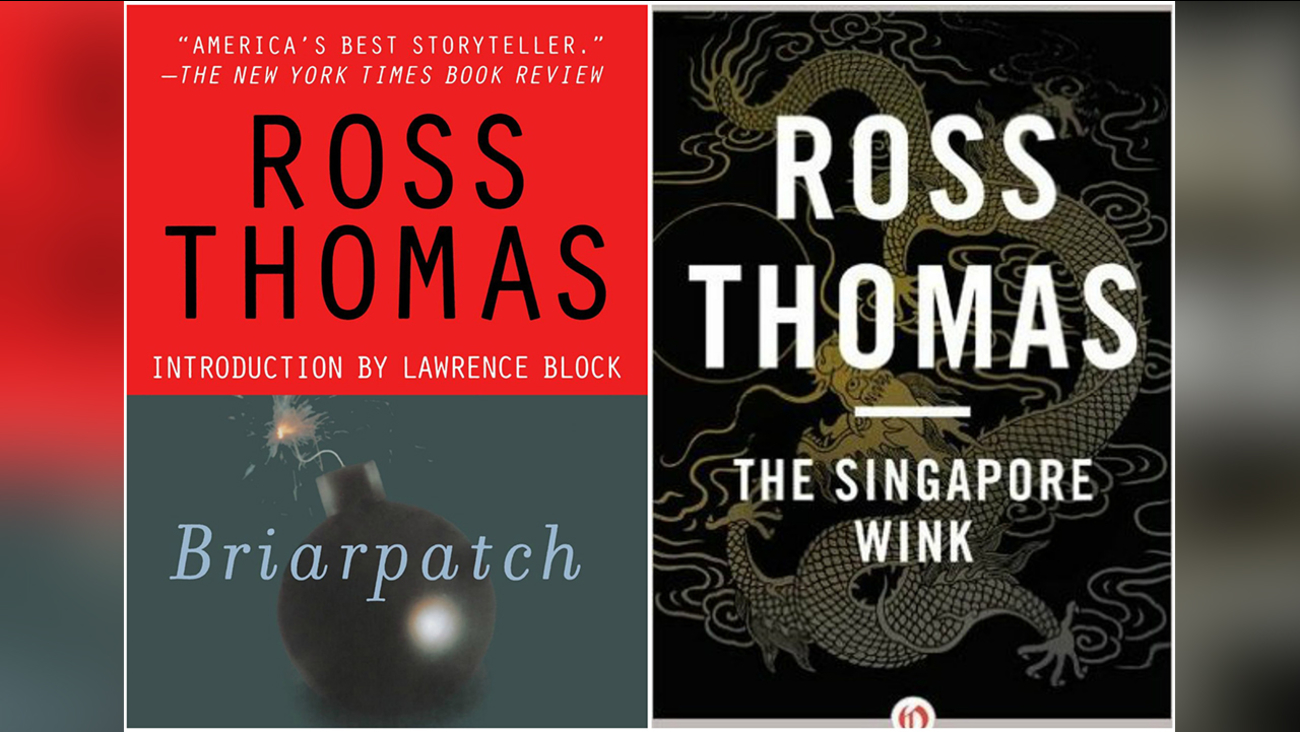 On this day in 1995, crime novelist Ross Thomas passed away in Santa Monica, Calif. In his honor, we're highlighting a few of the best books from this prolific Southern California author, who also wrote under the pen name Oliver Bleeck.

Born in Oklahoma City in 1926, Thomas served as a U.S. infantryman in the Philippines during World War II before becoming a reporter, a public relations staffer and eventually a political campaign strategist.

He released his first novel, The Cold War Swap, in 1966. Over the course of his career, he produced nearly two dozen witty thrillers, many of which exposed the dark underbelly of politics.

If you're interested in reading Thomas' work, here are three of his most famous novels:

With 4.5 stars across 35 reviews on Amazon, this thriller about a former intelligence agent on a mission to corrupt a small town is one of Thomas' most beloved works. Here's a plot summary:

"If you read crime novels and haven't yet discovered Ross Thomas, treat yourself to The Fools in Town Are On Our Side," says Amazon reviewer Mal W., who rated it five stars. "It's one of the most delicious send-ups of small-town politics I've ever come across."

Buy The Fools in Town Are On Our Side on Amazon.

Briarpatch (1984)
This family mystery earned the Edgar Award, the highest prize for crime and mystery writers, and holds a four-star Amazon rating with 42 customer reviews. Here's a plot summary:

"I've never read a Ross Thomas book I didn't thoroughly enjoy. This particular one was a real treat," wrote reviewer Bill H., who awarded the book five stars. "I thought the character development and the plot line in this story were especially intriguing. Thomas is always very skillful at describing clothing and distinctive features that make his people come alive."

The Singapore Wink (1969)
In this early Thomas novel, a stuntman searches for a long-lost colleague, whom he previously thought he had killed on a movie set. It holds 4.5 stars across 13 customer reviews on Amazon.

"The late Ross Thomas wrote wonderful books, some more wonderful than others, but all worth reading," says five-star Amazon reviewer Dan G. "This one is no exception."