Eva Longoria unveils star on the Hollywood Walk of Fame 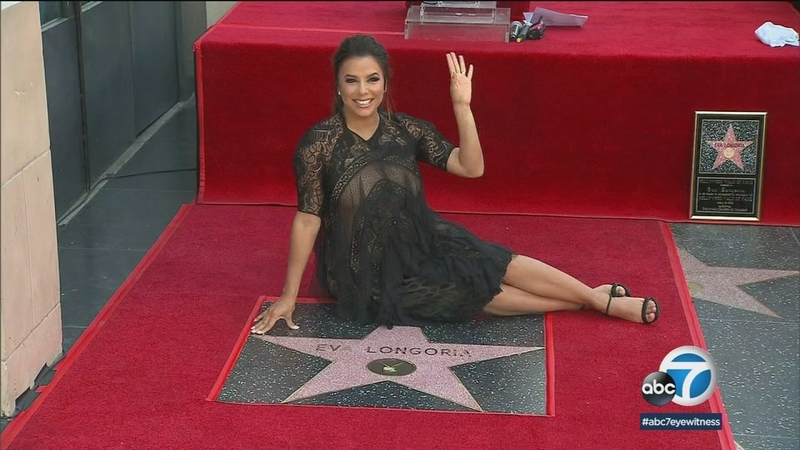 Eva Longoria unveils star on the Hollywood Walk of Fame

LOS ANGELES (KABC) -- Actress Eva Longoria was showered with affection from friends, family and fans as she saw her star unveiled on the Hollywood Walk of Fame.

The very pregnant Longoria jokingly said it's her soon-to-be-born son that was making her so emotional at the ceremony.

But in reality, this was the fulfillment of a dream she had since she first stepped foot on Hollywood Boulevard some 20 years ago.

"I feel like I'm still a little girl from Corpus Christie, Texas who had a big dream - and big hair," said Longoria. "And I want to say as a woman and as a Latina I represent a lot of communities, and I want to tell all those communities that this isn't my star, this is our star."

Her co-star and good friend from the hit series "Desperate Housewives," Felicity Huffman, explained what it is about Eva that makes her extraordinary.