Eye on L.A. dives into some of the city's best eateries 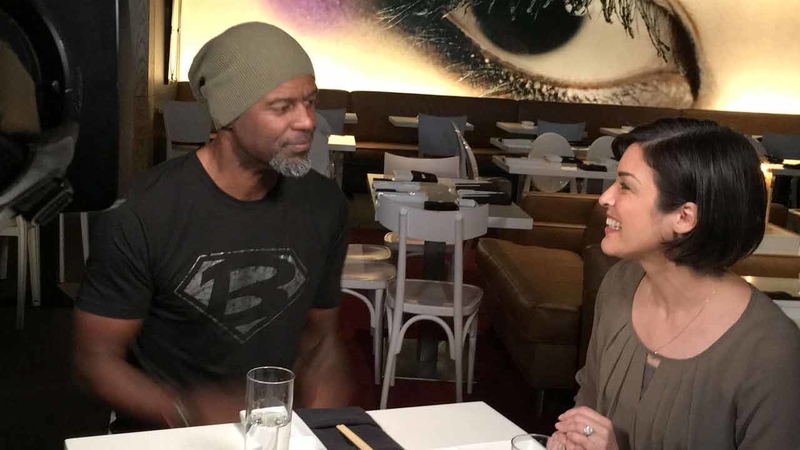 Eye on L.A. dives into some of the city's best eateries

LOS ANGELES (KABC) -- L.A. foodies, get ready because this week Eye on L.A. is exploring some of the best restaurants in the city for just about every occasion. From German to Mexican, breakfast to late night, and even boozy afternoon tea!

Featuring small snacks and large plates meant to be enjoyed by the whole table and an amazing cocktail menu, Redbird's warm and comfortable atmosphere pays homage to the timeless architecture of the old church it's carved into.
http://redbird.la/

MOBY LITTLE PINE
Musician turned restaurateur, Moby is taking his passion for animal rights and veganism and turning it into a new organic vegan restaurant, Little Pine. The most unique thing about this adorable little place is that all the proceeds go to animal welfare organizations.
http://www.littlepinerestaurant.com/

EATSA
The future of food is at Eatsa! Just order your personalized bowl of quinoa and veggies on an iPad or using the Eatsa app and the magical food fairies go to work. Before you know it you have a healthy, freshly made meal right in front of you. Who said all fast food wasn't healthy?!
https://www.eatsa.com/

NIGHTHAWK BREAKFAST BAR
Nighthawk Breakfast Bar is bringing back the late night rock 'n' roll breakfast to Hollywood. This restaurant bridges that gap between bar and restaurant with a DJ spinning the hottest beats and cocktails like Alcoholic Cereal Milk on the menu! Don't forget the-- wait for it-- tower of bacon! Finish it off with a frothy float made with spiked ice cream and your night on the town is complete.
http://www.nighthawkbb.com/

Something special's brewing in the Downtown Arts District at the American Tea Room. Of course they've got your classic teas from China, South America, and Europe, basically all around the world. Now they're serving up tea in a modern way and adding a boozy weekend brunch! Cheers!
http://www.americantearoom.com/pages/cafe-menu

JEANETTE'S EDELWEISS
If you want a true taste of authentic German food and culture including a polka band, you must experience Jeanette's Edelweiss for a wild German night, dancing included, without the jet lag.
http://jeanettesedelweiss.com/


KATSUYA AT L.A. LIVE WITH BRIAN MCKNIGHT
After selling out a concert at the Nokia Theatre (now Microsoft Theatre), Brian McKnight likes to bring the after-party to Katsuya at L.A. Live for some of his favorite sushi like the Rock Shrimp Tempura tossed in a creamy spicy sauce. He just released his 16th album, "Better", inspired by his lovely girlfriend. Aww!
http://katsuyarestaurant.com/
http://www.mcknight360.com/

JUAN POLLO
They've perfected the art of rotisserie chicken, and you can celebrate with one on June 2 -- National Rotisserie Chicken Day. You also must have the rice and the potato salad.
http://juanpollo.com/

BROKEN SPANISH WITH CHEF RAY GARCIA
Known for his European-inspired cooking and Latin comfort dishes, Chef Ray Garcia is at the forefront of the modern Mexican-food revolution. Chef Garcia is serving up dishes with bold and refined flavors at his restaurant Broken Spanish, which was just named as a Top 10 Best New Restaurant by Los Angeles Magazine.
http://brokenspanish.com/

DISCADA NIGHTS AT THE BRIKS
If you want a culture mix of Mexican, North African, Spanish, and French flavors, check out The Briks in Downtown L.A. Thursday nights are Discada nights! This Northern Mexico tradition is named for the concave disk used to combine an assortment of marinated meats, tomatoes, onions, and peppers into a flavorful, simmering goodness served on tacos or even fries!
http://www.thebriks.com/