The son of actors Ryan O'Neal and the late Farrah Fawcett is in custody again, this time accused of a violent crime spree in Southern California.

LOS ANGELES (KABC) -- The son of actors Ryan O'Neal and the late Farrah Fawcett is in custody again, this time accused of a violent crime spree in Southern California.

Redmond O'Neal has had a history of drug and legal troubles, and the 33-year-old now faces about a half dozen new charges.

Robbery detectives from the Los Angeles Police Department's Pacific Area investigated a series of crimes that occurred in the Venice Beach and Palms neighborhoods from May 2 to May 5. They believe all crimes were committed by the same suspect, who they later determined to allegedly be Redmond O'Neal.

Police said the suspect, described as having red hair and distinct tattoos, randomly attacked five men in unprovoked confrontations. Two of the five men were seriously injured -- one of them stabbed in the head.

Redmond James O'Neal was arrested on May 8 after he was identified as the suspect in a 7-Eleven store robbery. After his arrest, the violent crime spree ended, and Pacific Area robbery detectives found him to strongly match the description of the suspect in all the crimes. Evidence and eyewitness identifications also linked Redmond O'Neal to the string of unprovoked attacks.

On Friday, Pacific Area robbery detectives presented their findings to the District Attorney's Office, Los Angeles Airport Branch, who filed one count of attempted murder, two counts of assault with a deadly weapon, one count of criminal threats, one count of brandishing a knife and one count of battery.

Authorities said the motives are unknown.

"They all seem to be random. It appears, though, based on what we know now, that it just started as an argument between unknown persons and quickly escalated with the violent acts," explained LAPD Sgt. Scotty Steven.

The Los Angeles Police Department provided details on each incident.

On May 2 at about 8 p.m., a man believed to be Redmond O'Neal allegedly came upon another man on Overland Avenue and Woodbine Street in the Palms neighborhood. Police said he became angry after the victim appeared to look at him, and he then punched the victim and armed himself with a glass bottle, police said. He unsuccessfully tried to strike the victim with the broken glass bottle and fled the scene. The victim sustained minor injuries to his face.

Just hours later about 3:30 a.m. on May 3, a man was exiting a convenience store in the 3400 block of Overland Avenue when the victim began engaging the suspect in conversation. A man believed to be Redmond O'Neal is accused of then becoming angry and repeatedly punching the victim in his head and threw him to the ground before fleeing.

At about 5 p.m. the next day, a suspect also believed to be Redmond O'Neal was walking near the Venice Beach Boardwalk on Speedway Avenue at Rose Avenue. Police said a victim looked at the suspect, at which time the suspect stabbed him with a knife. Initially, the victim thought that the suspect had merely "punched" him in the back but once paramedics arrived, the paramedics discovered that the victim had sustained a serious stab wound to the left side of his body.

A little more than three hours later, several people in the area of 4th Avenue and Rose Avenue found a man laying in a pool of blood with obvious stab wounds to his face and upper body. Nearby video surveillance captured a man matching the description of Redmond O'Neal walking away from the scene shortly after the victim was found lying on the sidewalk. The victim sustained serious stab wounds and cuts to his face, neck and upper body.

At about 4 p.m. on May 5, a man believed to be Redmond O'Neal became belligerent inside a coffee shop at Pacific Avenue and Windward Avenue. When an employee confronted the suspect, an argument ensued. The suspect became angry and brandished a folding knife, police said. He then lunged, jabbed and threatened to harm the employee with the knife before fleeing.

Redmond O'Neal remains in the custody of the Los Angeles County Sheriff's Department. He is described as a white man with distinct tattoos, red hair and blue eyes. He stands approximately 5 feet ,11 inches tall and weighs 175 pounds. Police urge any witnesses or anyone else with more information to call 310-482-6369 or 310-482-6372. If you wish to remain anonymous, dial 1-877-LAPD-24-7. 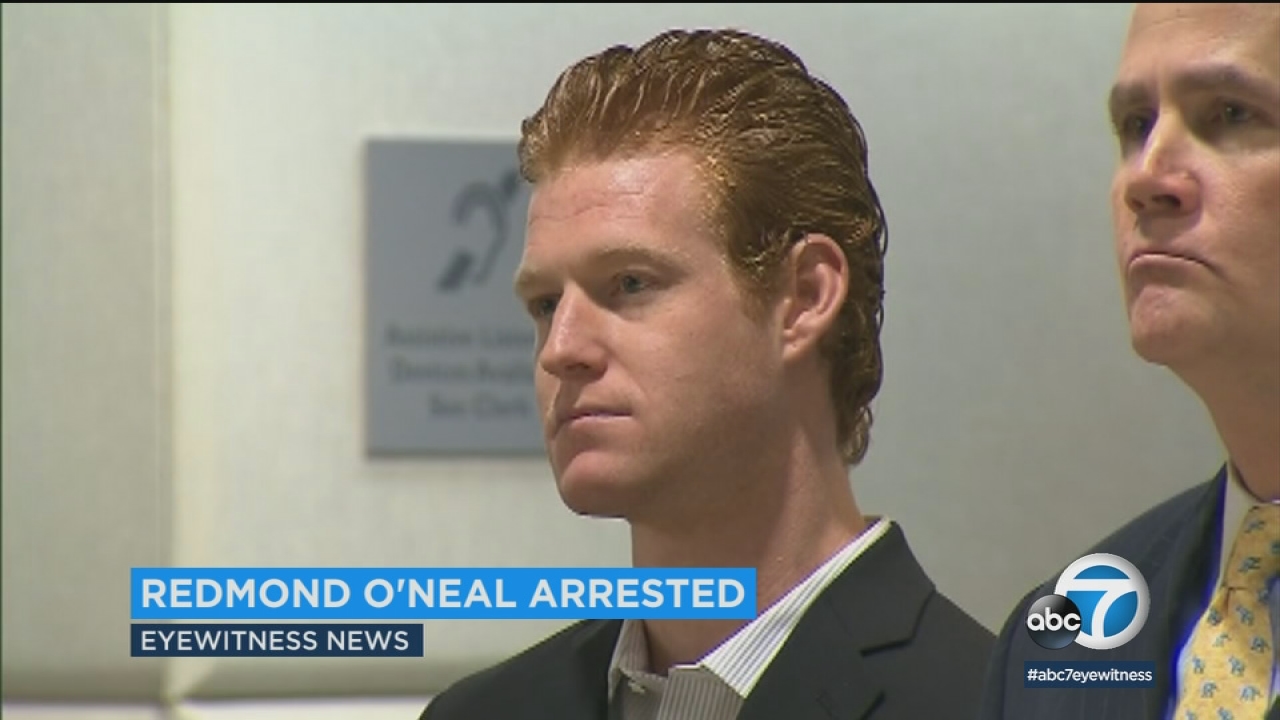