Woman pleads not guilty in OC crash that killed her own brother, 2nd teen 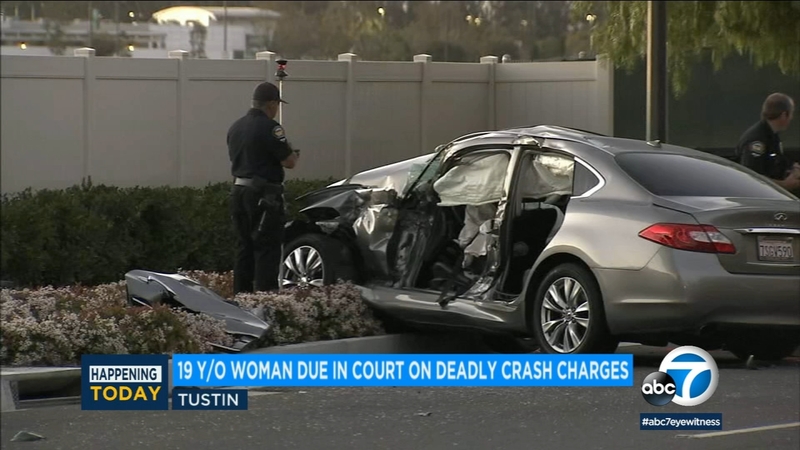 Woman pleads not guilty in OC crash that killed her own brother, 2nd teen

SANTA ANA, Calif. (KABC) -- A Santa Ana woman has entered a not-guilty plea in a high-speed crash in Tustin that claimed the life of her own brother and another teen in March.

Authorities say Josselyn Jazmine Anguiano, 19, was going about 75 mph before she tried making a turn and lost control.

The Infiniti M37 hit a curb -- slamming into multiple poles before rolling over.

There were six people inside, all of them students at Century High School in Santa Ana.

The other four had critical injuries.