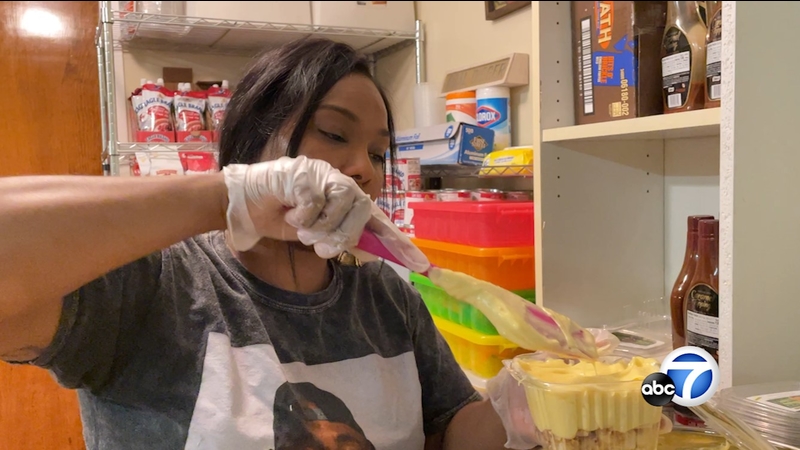 She makes 200 pudding containers at a time and has six main flavors. The process takes her ten hours, but she does it for a special reason.

Ward started Filthy Rich Banana Pudding in 2014 so she could fund her social justice work in the community.

The main thing she does is G.U.T.T. healing circles which stands for gaining unity through transformation.

"It's near and dear to my heart because I come from a background of being system impacted," said La Tanya Ward.

Ward says she has been a part of a gang, and because of that she wants to use her work to help stop violence and to show others your life is what you choose to make of it.

"I've been to jail, prison and it's important for me to basically galvanize the other people who still live in that lifestyle, in that mindset, to know that you know we don't have to operate in our circumstance and that we can choose," Ward said.

Her impact is felt by many.

"Sometimes we get emotional. I've cried a few times because she makes you dig deep into your background and how to fix it. She does exercises to change the way you do think about your past," said Tandalaya Charles, a G.U.T.T. healing circle participant.

Ward also has her own nonprofit W.A.R.F.O.A. which stands for we are responsible for one another.

She even helped organize a peace march after rapper Nipsey Hussle's death.

"Over 500 gang members from about 40 something different gangs in south LA to you know honor Nipsey," Ward said.

She sells her pudding in popup locations Fridays to Sundays from 11 a.m. to 6 p.m. and posts her pop-up location on her Filthy Rich Banana Pudding Instagram page.