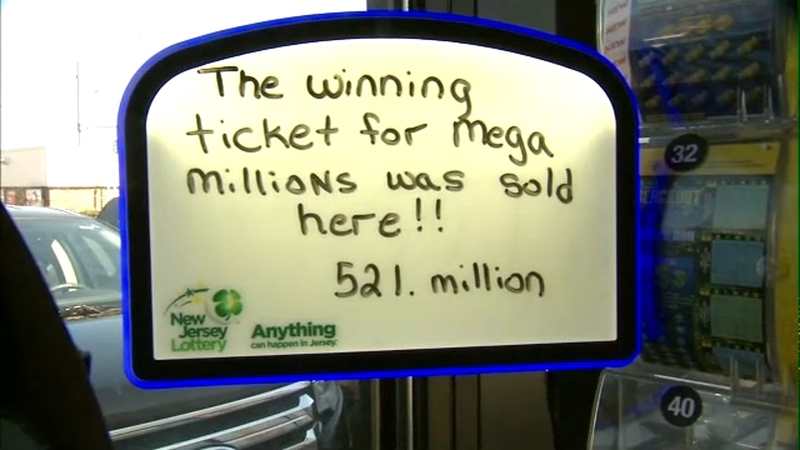 RIVERDALE, N.J. -- The owner of the New Jersey gas station that sold the winning $521 million Mega Millions ticket Friday night says he will split his winnings with his 10 employees.

Riverdale Lukoil South owner Ameer Krass says he also knows who won the jackpot, though he declined to identify that person. Krass said he knows virtually every one who comes into the Route 23 station, said the winner is a regular customer.

New Jersey Lottery acting executive director John White stressed that the winner has not yet come forward. He said the agency does not speculate before the winning ticket is validated.

But Krass revealed he has seen surveillance video of the purchase that matches the date and time of the winning ticket.

Krass said he will split the $30,000 with his workers, fulfilling a promise he made before he realized the large amount. "Each are going to get a bonus," he said, adding he will also donate some to a charity to build a local church.

While it is the largest jackpot won in state history and it is not unusual for the winner of a large jackpot to get their affairs in order before coming forward, Krass asked friends of the winner to give the person "the space they deserve."

Krass considers his station lucky, as it has been the site of several other winning tickets netting hundreds of thousands of dollars.

The odds of picking the correct numbers on five white balls and one yellow ball in the Mega Millions game are one in 259 million. For Powerball, it's one in roughly 292 million.