Nearly 60% of Californians have lost income due to COVID-19, Census survey data shows

As Congress debates a new stimulus bill, data shows about 59% of Californians lost income as a result of COVID-19.
KABC
By Carlos Granda and Grace Manthey 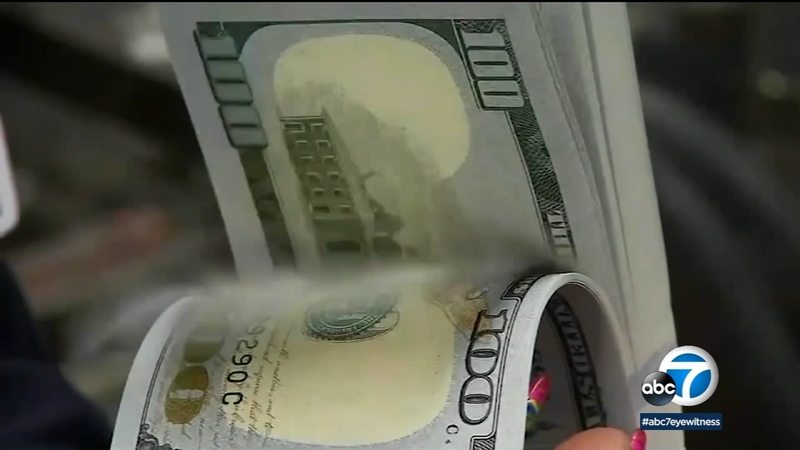 Nearly 60% in CA have lost income due to COVID, data shows

LOS ANGELES (KABC) -- David Garden is a part-time professor at Pasadena City College. He's eligible for unemployment benefits but hasn't been able to get through to the California Employment Development Department and said he has yet to receive any money.

"It came from the federal government and it's in an account somewhere," he said. "It just needs to be doled out to the people and that's what's the most frustrating thing."

Garden is watching closely as Congress works on a new stimulus bill. The proposal from the Senate includes another $1,200 in direct payments to taxpayers, but it cuts the enhanced unemployment benefit from $600 to $200.

"I know Congress is working on a deal and the deal needs to be worked out much sooner than later," said financial expert Brian Gilder, adding that he hopes they don't "play politics."

EDD troubleshooting: Why is it so difficult to get help with CA unemployment benefits?
EMBED More News Videos

With more than 4 million Californians receiving unemployment benefits during the pandemic, a state expert answered viewer questions about why it is so challenging getting information about eligibility.

State lawmakers are looking for ways to fill the gap, including borrowing billions of dollars from a federal stimulus plan and provide the additional funds to the unemployed in California.


Sooner is better, because about 59% of Californians lost income as a result of COVID-19. In the Riverside-San Bernardino-Ontario metro area, the rate was about the same, but in the LA-Long Beach-Anaheim metro area it was about 65%, according to the most recent release of the U.S. Census' Household Pulse Survey conducted July 9 to 14.

Garden is one of those people worried about rent.

"I've been hobbling along through to pay my rent for the last two months since I finished in June," he said. "So, yes it's definitely going to be an issue."

While Gilder stressed, "people need cash flow now, today," until Congress approves a deal, that money won't get sent out for weeks.