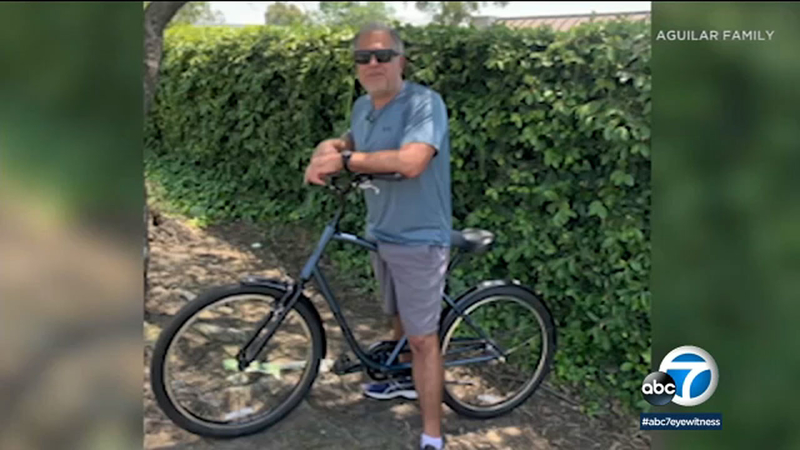 LOS ANGELES (KABC) -- The remains of a missing Los Angeles city firefighter-paramedic have been found in Mexico weeks after two people were arrested in connection with his possible kidnapping, officials confirmed Wednesday.

The Los Angeles Fire Department "was notified this afternoon that authorities in Mexico determined" that the remains were those of Francisco "Frank" Aguilar, the agency said in a statement.

"This is a tragic outcome to a case that we were hoping would end differently," the statement said. "On behalf of the men and women of the LAFD, we send our deepest condolences to Firefighter Aguilar's family and we stand ready to assist them in the days to come."

Aguilar, 48, was last seen on Aug. 20 at his condominium near Rosarito, a popular coastal destination in Baja California. He was believed to have been the victim of a violent kidnapping.

A couple, identified only as 32-year-old Fanny N. and 27-year-old Santos N., were arrested last month in possession of bank cards with Aguilar's name on them, authorities said. The cards had been used at different businesses in Rosarito, Ensenada and Tijuana after his disappearance, investigators said.

Two people have been arrested in connection with the disappearance of a Los Angeles firefighter who may been kidnapped in a Mexican resort town, Mexican authorities said.

The FBI said Fanny N. allegedly lured Aguilar into meeting her for a date. Instead, Santos N. helped to kidnap him.

Authorities say blood stains matching Aguilar were found at the scene and witnesses in the area reported gunshots.

The firefighter's disappearance prompted an FBI search, in collaboration with Mexican authorities.

"It's heartless. They took a family member, a father, a fireman and just used his stuff like normal. It's disgusting," said Aguilar's daughter Bella.

His home was found ransacked and his Jeep and other possessions are missing.
EMBED More News Videos