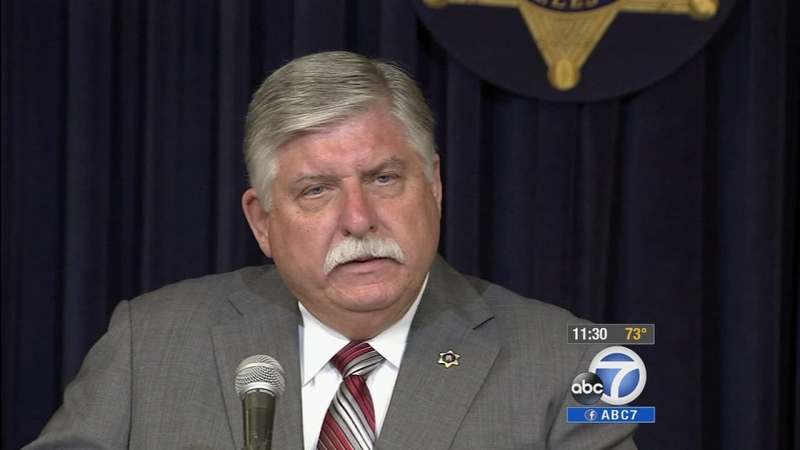 PICO RIVERA, Calif. (KABC) -- Autopsy results were released Thursday for a Pico Rivera homeowner who was shot and killed by a Los Angeles County sheriff's deputy who mistook him for a fleeing felon.

Frank Mendoza, a 54-year-old father of eight and grandfather of 12, was shot in error at the doorway of his own home last Friday.

"The autopsy on Mr. Mendoza is now complete and it is confirmed that our personnel fired the fatal round," said interim Sheriff John Scott.

Family and friends say they cannot figure out how Mendoza would be mistaken for Cedric Ramirez, the parolee who broke into the Mendoza home. Ramirez was half Mendoza's age and 60 pounds skinnier.

The sheriff's department had issued pictures of the wanted felon. The sheriff said some of the deputies may not have seen the photos to know the graphic difference.

The sheriff described the running gunfight, saying Ramirez shot at deputies outside the house and then inside. There was confusion just moments after three members of the Mendoza family were able to escape out the front door.

"We had three individuals come out and there were shots being fired. Within about seven seconds, the individual appeared in the doorway from the same general area as the shots that had been fired, so that was the information they were working off of. You had an individual shooting at deputies, and then you had, moments later, the individual moving across the doorway," said Scott.

But a neighbor said he heard Mendoza shouting out for deputies to hold their fire. Scott said deputies heard nothing but gunfire from the house.

Four deputies, including the 13-year veteran who shot Mendoza, are now off duty. Ramirez was killed when SWAT moved in to rescue Mendoza's wife, who he held hostage for eight hours.

"The outcome was a heartbreaking death of an innocent man. As you can all imagine, the deputies involved in this incident are devastated by the event," Scott said.

Scott added that future situations might be prevented if victims have their arms over their head and yell clearly they are residents.

Multiple investigations are still underway in the case.

The Mendoza family is planning funeral services for this weekend.