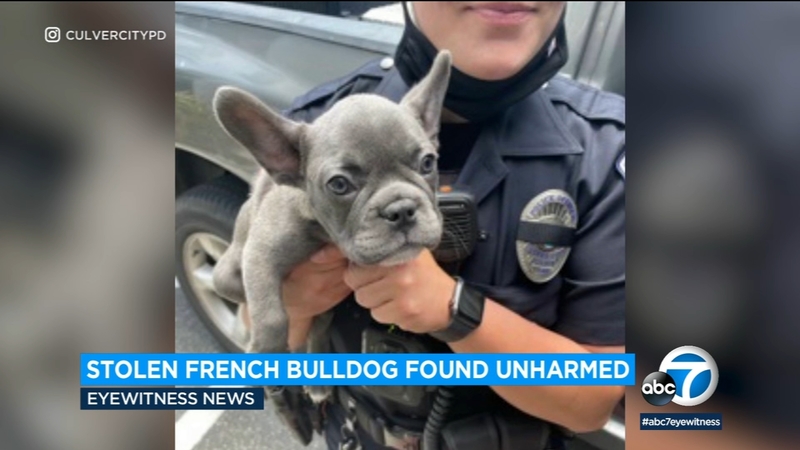 CULVER CITY, Calif. (KABC) -- A French bulldog puppy was found after being stolen at gunpoint by a man who responded to an advertisement on a social media site listing the 10-month-old dog for sale, police said.

The puppy's owner agreed to a meeting in the 6000 block of Canterbury Drive to conduct the transaction at about 7 p.m. Wednesday. When he placed the dog in his trunk area for viewing, the suspect took a semi-automatic handgun out of his waistband, grabbed the puppy from the trunk and fled on foot, police said.

On Saturday morning, Culver City police say detectives observed the suspect leaving a residence in the Fox Hills Area of Culver City. The suspect, who was holding a gray French Bulldog, got into a nearby vehicle and drove away.

Culver City police officers attempted to stop the suspect, and a short pursuit ensued. The pursuit ended when the suspect collided with another vehicle near Bristol Parkway and Slauson Avenue.

Police say the suspect then fled on foot, and a perimeter was set up in the area, and the man was taken into custody around 2:45 p.m.

The French bulldog was also located unharmed and returned to its owner.