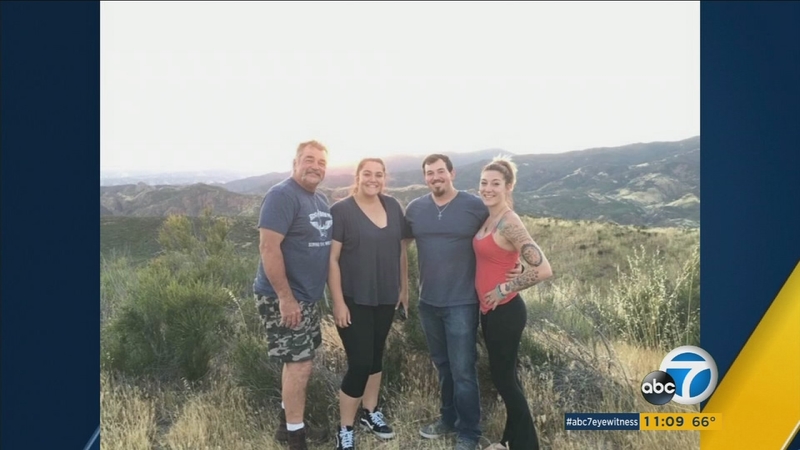 SANTA CLARITA (KABC) -- Devastated friends on Monday were remembering a 56-year-old Santa Clarita man who was among those killed in the deadliest mass shooting in modern U.S. history.

John Phippen, slain Sunday night at a country music concert in Las Vegas, was a "once-in-a-lifetime friend (who) touched everybody's heart, whether you were a stranger or a 20-year friend," said Paul Nagyivanyi.

The deceased father of six was described as generous and fun-loving.

"We did a lot of things together - boating, jet skiing," said Leah Nagyivanyi. "We would do barbecues, camping at the beach."

Phippen had been excited about attending the concert.

"He loved his country music," Paul Nagyivanyi said. "He was such a great guy that if you introduced him to your friends, they became his friends."

Phippen was in the crowd with his adult son Travis when the devoted father was fatally wounded in the massacre. His son, who was injured, is recovering.

John Phippen had been supporting three of his children, between the ages of 15 and 24, since the death of his second wife three years ago.

"The number-one thing he loved was his family," Leah Nagyivanyi said. "That was his life - his family, his kids, his grandkids and his friends."