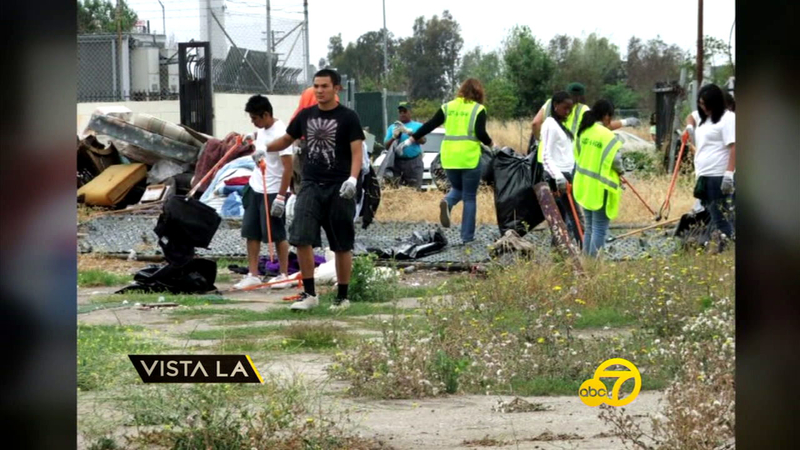 LOS ANGELES (KABC) -- A Southern California native saw the need for green spaces at the local level, and she's since been busy empowering neighborhoods one vacant lot at a time.

Viviana Franco grew up in Santa Ana and Hawthorne but went to school in Torrance. She said she remembers wondering as a child why her neighborhoods looked so different than the ones near her school.

"How come my neighborhood has so many liquor stores and vacant lots, but when I go to school, they have so many parks and the beach is right there, and there's access to trails? I thought that it was unfair," she explained.

That feeling of injustice motivated Franco to do something about it. As a graduate student studying urban planning at University of California, Los Angeles, she developed a thesis that would go on to become a nonprofit organization she called From Lot to Spot.

"So, my idea was taking these two societal ills -- you know, abundance of vacant lots and the lack of green space -- and then creating one solution, which is beautifying these spaces," she said.

The nonprofit began its work in 2009 and now has over five park projects and four in the making.

"The community really feels ownership over these spaces and it empowers them," Franco added. "This idea of beautifying these spaces, that's the most fulfilling part of my work -- is that, you know, the community is taking their community back."