A man in his mid-20s is being sought in connection with the rape of a female student that occurred on the campus of Cal State Fullerton, police said.

FULLERTON, Calif. (KABC) -- A man in his mid-20s is being sought in connection with the rape of a female student that occurred late Monday evening on the campus of Cal State Fullerton, authorities said.

According to the university's Police Department, the incident took place about midnight in an elevator in the Nutwood parking structure.

The victim walked into the elevator and sensed someone was standing behind her, investigators said. The assailant then grabbed the student by the back of the neck and forced her to the floor as the elevator ascended to the fourth level of the structure. No weapons were used.

Following the attack, the victim drove herself to a hospital, whose staff notified authorities about an hour later.

Officials did not disclose the victim's age or class level.

"We are working closely with the survivor to get her the assistance she may need during this difficult time," said Chi-Chung Keung, a CSUF spokesperson, in an email to ABC7. "University Police are increasing patrols on campus, reviewing camera footage and gathering additional information to identify the suspect."

The man being sought is described as white, about 25 years old, 5 feet 10 inches tall, weighing about 160 pounds. He has shoulder-length brown hair, light-blue or green eyes, and a small mole near his right eye, police said.

The incident happened just over three weeks after a retired CSUF administrator was stabbed and killed in a parking lot at the Orange County campus. The victim in that attack was targeted, according to investigators.

Several students on Tuesday told ABC7 that more needs to be done to ensure safety at the university.

"It makes me feel worried because I feel like men don't really understand consent culture at the moment," said student Monique Ghadiri. "It's a very big topic that I feel like it should be talked about, especially in colleges, and the fact that it happened on campus is just even scarier." 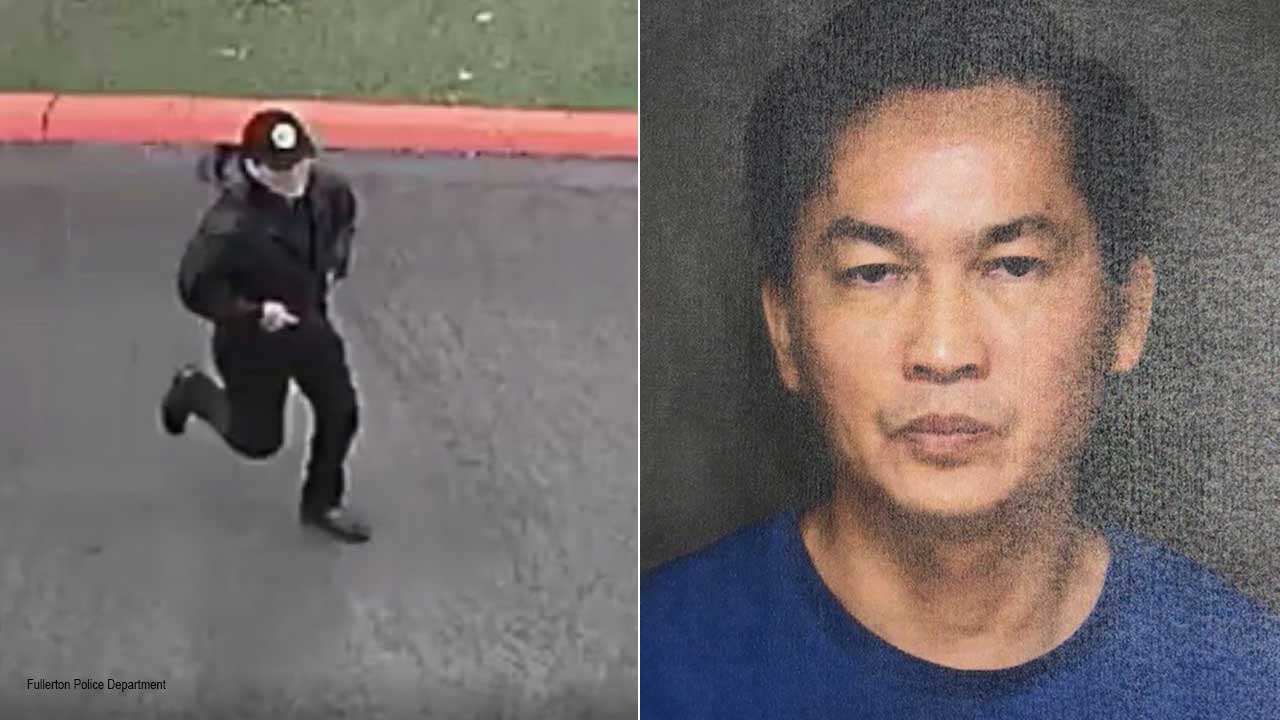