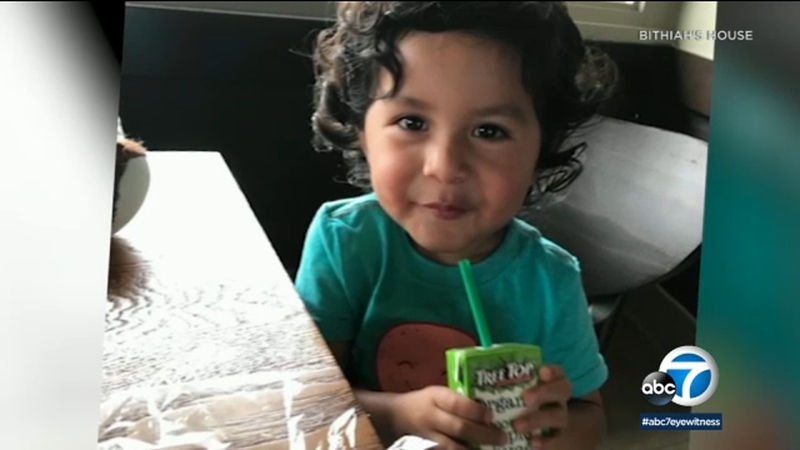 MISSION HILLS, LOS ANGELES (KABC) -- Funeral services will be held Thursday for a 4-year-old Palmdale boy whose death has led to an investigation into possible child abuse.

Noah Cuatro died earlier this month in his parents' custody -- despite efforts to remove him from their home.

Noah's parents have not been charged.

A public viewing was held Thursday morning, but the Catholic Archdiocese of Los Angeles says Noah's funeral will be private and held at San Fernando Mission Catholic Cemetery in Mission Hills.

Noah lived with his great-grandmother for a time under a court order. She says he begged her to let him stay with her and not return to his parents' home.

"I just wish they would have listened to him," she said. "He did say, please don't do this, don't send me back."

Officials say Noah's parents reported he had drowned in a pool on July 5. But investigators are calling his death suspicious and say there were signs of trauma inconsistent with drowning.

Attorney Brian Claypool says a detective told Hernandez there was no water in Noah's lungs and that he was bruised.

"When the medical examiner's report comes out, it will show there wasn't a drop of water in that little boy's lungs," Claypool said.

Noah had a history with the Department of Children and Family Services, including placement into foster homes.

A woman who runs a foster-care treatment center where Noah stayed temporarily told Eyewitness News he showed up malnourished and unable to walk. By the time he left the center, he was healthy and a "joyful" thriving little boy.