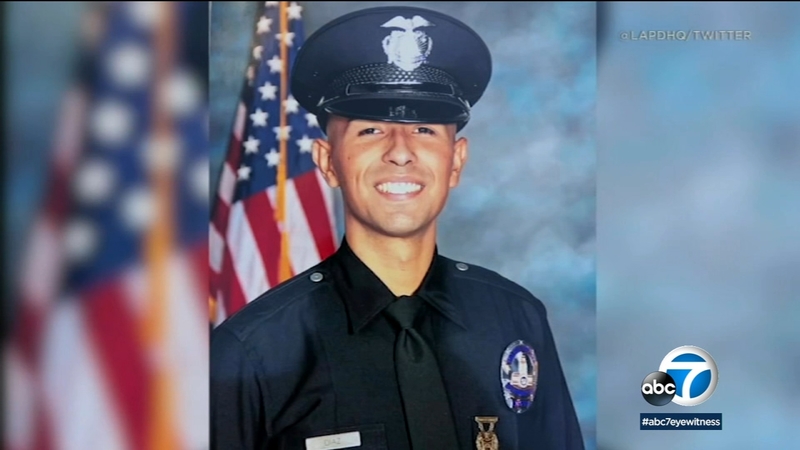 LOS ANGELES (KABC) -- Funeral plans have been announced for the Los Angeles police officer who was shot and killed in Lincoln Heights over the weekend.

Services for Officer Juan Jose Diaz are scheduled for Aug. 12 at Cathedral of Our Lady of the Angeles in downtown L.A.

The 24-year-old officer will be buried at Forest Lawn Hollywood Hills.

Diaz was off-duty on July 27 when he was fatally shot near a taco stand in the area of Avenue 26 and Artesian Street.

Diaz, his girlfriend and her two brothers were eating at the stand when the off-duty officer saw several young men writing graffiti nearby and told them to stop, according to a police source who confirmed to Eyewitness News the details of the incident that were first reported by the Los Angeles Times. One of the taggers then brandished a handgun as they approached Diaz and made threats.

More than 100 people gathered for a vigil in Diaz's memory Saturday night in front of LAPD headquarters downtown, where others continue to leave flowers, candles and other remembrances.