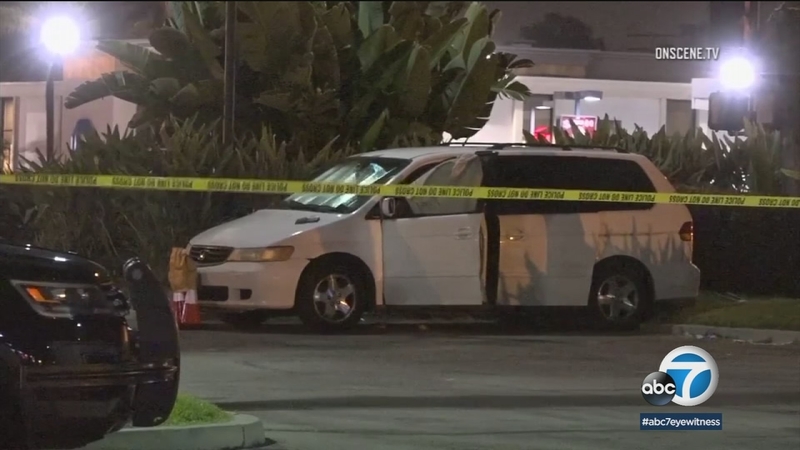 The grim discovery was made about 8:45 p.m. after a homeless woman noticed a strange odor coming from the white Honda and notified authorities, according to the Garden Grove Police Department.

"She said she's seen this van here in the parking lot before and believed that the family that was in the van may be homeless or in between places," police Lt. Carl Whitney said.

The victims were not immediately identified. According to police, the children, a boy and a girl, were under the age of 2. The children were in their pajamas.

The white van had been backed into a parking space and its windows were covered with blankets and a sunshade.

The father was later identified as Phunyouphone Kanyavong, 41, of Garden Grove. The woman was identified as Emma Ha and their two children were 2-year-old Nikki and 8-month-old Mone, according to a GoFundMe page.

Police are investigating whether carbon monoxide poisoning may have been the cause of death, adding that there were no obvious external signs of trauma to the deceased.

A small memorial was set up at the site where the bodies were found, with candles, stuffed animals and flowers adorning the curb.

Autopsies will determine the exact cause of death.