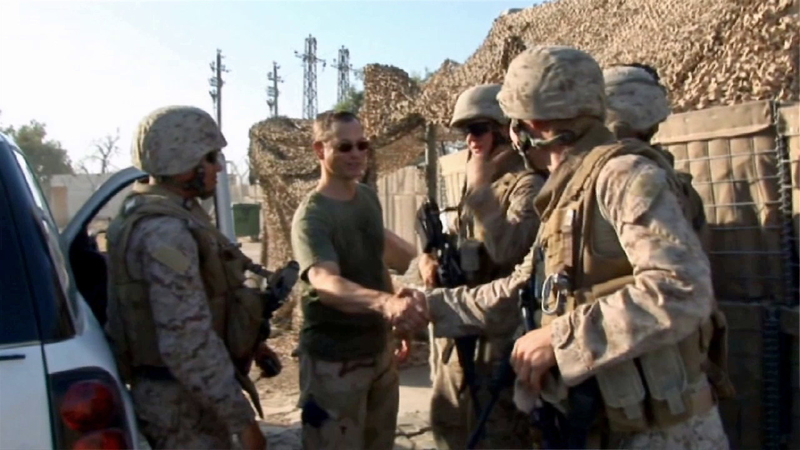 When actor Gary Sinise played Lieutenant Dan in "Forrest Gump," he got an Oscar nomination and he got involved.

Sinise has been working with wounded and disabled veterans ever since getting the role.

"Even though he's a Vietnam veteran, I have just met hundreds, if not thousands, of wounded who have some affinity with what Lieutenant Dan has gone through, because they're going through the same thing themselves," Sinise said.

In 2010, he established the Gary Sinise Foundation with the goal of making life better for American service men and women.

Another project he's working on is providing specially-equipped homes for wounded veterans. He just gave the keys of a home to a quadruple amputee last month, Sinise said.

"He's the fourth quadruple amputee that I've been involved in building a house for," Sinise said.

Sinise's brother-in-law, Jack Treece, served in the army for 22 years and was a combat medic in Vietnam. Sinise wore Treece's dog tags when he played Lieutenant Dan. Treece passed away last month.

"I remember him telling me that when he came home from Vietnam, he was afraid when he got off the plane to have his uniform on, so he went into the bathroom, took his uniform off, because he was fearful that he was going to get shouted at or stared at or spit at or something like that," Sinise said.

"Those are the hard lessons we learned from Vietnam, when we didn't step up to help," Sinise added.

Help is what Sinise does now every day for America's military and their families.

"To me, every day is Veteran's Day. Our freedom is critical," Sinise said.