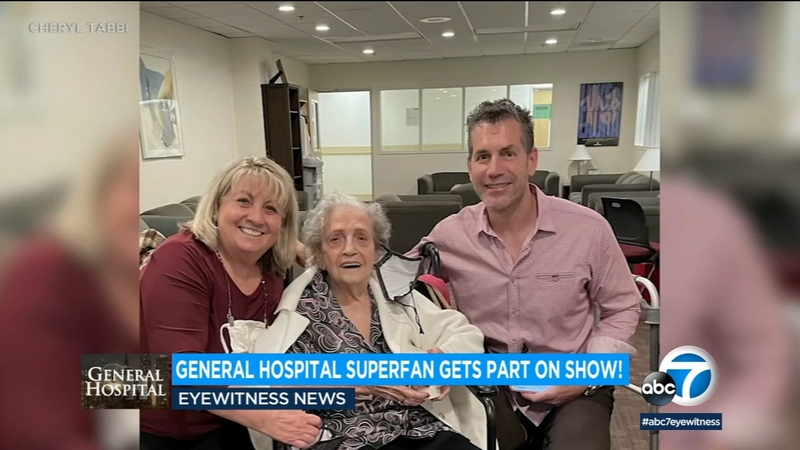 HOLLYWOOD -- It was a dream come true for one of the biggest fans of "General Hospital."

Tabbi was gifted with a "roll-on" part in an episode, courtesy of her daughter Cheryl, her neighbors, and GH's executive producer Frank Valentini.

Tabbi says she's been watching "General Hospital" since 1963! And like any loyal fan, you know she has her favorite characters.

Tabbi's daughter joked her mom may be 99, but she's a widow, so she's still looking!

Maurice Benard is one of the most popular actors in daytime television. He's played mob boss Sonny Corinthos on "General Hospital" for almost 30 years.