Daytime TV's "love in the afternoon" is still going strong, but with COVID safety protocols.
OTRC
By George Pennacchio 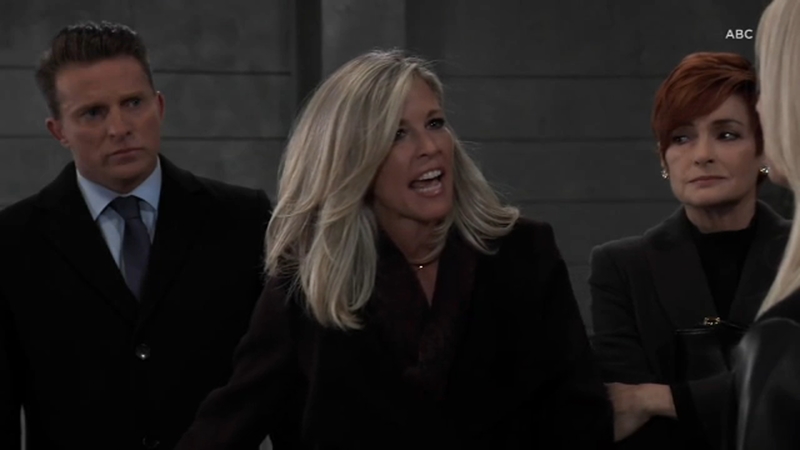 Last summer, "General Hospital" was one of the first television shows to go back into production after a four-month coronavirus shutdown. The daytime drama is once again a well-oiled machine - with safety protocols firmly in place.

Laura Wright has been front and center in our living rooms for 15 years, playing Carly Corinthos on ABC's daytime drama "General Hospital."

"We get to tell stories five days a week... how great is that?" said Wright.

Things have again been getting particularly harrowing for her character Carly in the current storyline. But that is par for the course for this character!

"Carly, her first reaction to pain is to spiral, to attack, and fight and not feel it," said Wright. "So there's probably going to be a little of that."

Fight or Flight: whatever! Wright says she loves playing a character who is this fearless.

"I never say no because I want to tell the story to the best of my ability. You know, we're here to serve the audience and the script, not our egos," said Wright. "I don't really buy the 'I would never...my character would never.' I find it funny because human beings do this all day long... this is where our stories come from."

"General Hospital" was one of the first series to return in the wake of the COVID crisis. The safety protocols have given the writers, the directors and the actors the opportunity to break past "soap opera" norms.

"I know that daytime is known for 'love in the afternoon,' and I think we can still tell those stories, but I think it challenges us to not rely on the physical and to have to be strong storytellers," said Wright.