George Floyd: New bodycam shows crowd's horrified reaction, plea for officers to get off him 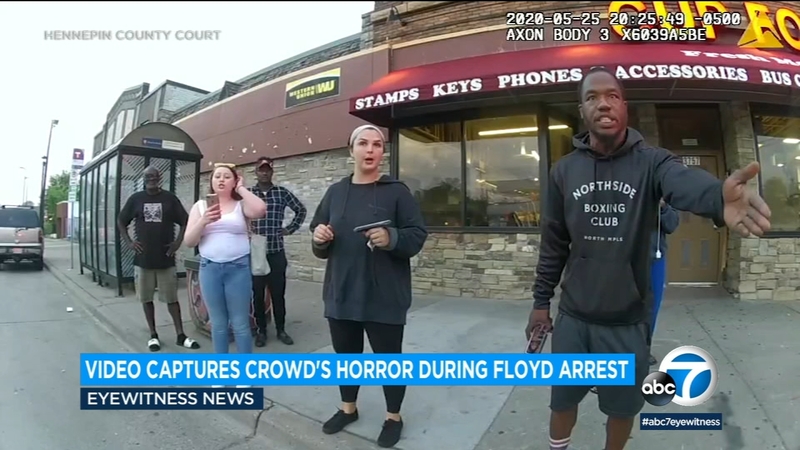 MINNEAPOLIS, Minn. (KABC) -- Gut-wrenching new police body camera video in the death of George Floyd has been released, capturing the horror of people pleading for the officers to get off of him.

The newly released video is from a third fired officer involved in the arrest, Tou Thao.

Thao held back a crowd of nearly a dozen bystanders, while Officer Derek Chauvin pinned Floyd with his knee and two others held Floyd down.

Some of the bystanders can be heard urging the officers to let Floyd up from the ground and help him.

"Let me see a pulse," says another woman.

New body-camera footage reveals the interactions between George Floyd and the Minneapolis police officers involved in his fatal arrest.

Floyd died soon after the arrest seen on the now-infamous video in which Chauvin placed his knee on Floyd's neck for an extended period of time.