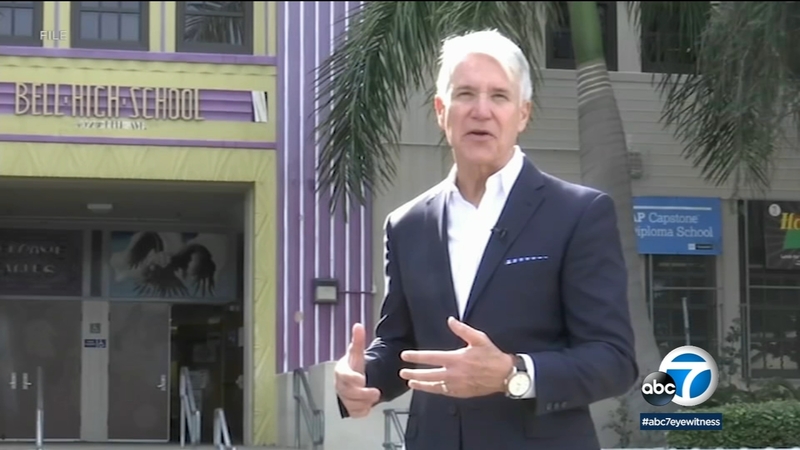 Gascon's plan to reduce sentences spark outrage from his own prosecutors

LOS ANGELES (KABC) -- Los Angeles County Deputy District Attorney Jon Hatami has made a name for himself, going after child abusers and killers, most notably serving as the lead prosecutor in the Gabriel Fernandez case.

The nearly 15-year veteran of the DA's office fought back tears as he criticized Gascon's Special Directive, which effectively ends cash bail, the death penalty and sentencing enhancements in all L.A. County prosecutions.

"I just don't understand why we're not trying to prosecute child murderers to the fullest extent of the law," Hatami said.

Other prosecutors tell Eyewitness News that Gascon has already reprimanded deputy district attorneys for entering into the court record that the special directive requires them to dismiss or strike prior allegations and enhancements. Doing so, they say, leaves a paper trail in the future that could reflect poorly on Gascon's policy if subjects are released and recommit crimes.

Hatami is not alone in criticizing Gascon's special directive. There is a move among the roughly 800 deputy district attorneys who work for Gascon to collectively file a state bar complaint against him.

Even his counterpart to the south, Orange County District Attorney Todd Spitzer, is blasting Gascon.

"The policies he wants to implement are so far off the reservation," Spitzer said. "That they've not been tested and that there are so many changes coming simultaneous are a recipe for absolute failure."

A spokesman for the district attorney's transition team, Max Szabo, tells Eyewitness News Gascon has decreased violent crime in every leadership position he has held.

"The District attorney is making decisions based on data, science and research not fear and emotion," said Szabo. "Violent crime in LA has increased 30% in the past eight years under traditionalist policies favored by tough-on crime advocates."

Miriam Aroni Krinsky, the founder and Executive Director of Fair and Just Prosecution, says Gascon is doing exactly what the people of L.A. County elected him to do.

"Extreme sentences - inflated with sentencing enhancements- are a key driver of our current incarceration crisis and simply don't improve public safety," said Krinsky. "Studies show that each additional sentence year causes a 4 to 7% increase in recidivism that eventually outweighs the incapacitation benefit -- ultimately harming the community. The status quo has failed: it's time for a new approach."

Hatami admits changes are needed in the criminal justice system, but says blanket rules applied without discretion across the board are destined to put people in jeopardy.

Meanwhile, Hatami is concerned about career repercussions after publicly criticizing Gascon's policies, but said he has a moral obligation to do what's best for the children victims he so often represents.