Trevor Irby, Keyla Salazar, Stephen Romero. Join us as we remember the three people killed at the 2019 Gilroy Garlic Festival.

Here's what we know about the three young victims who lost their lives after a shooting at the Gilroy Garlic Festival.

GILROY, Calif. -- One year ago Tuesday, three people lost their lives when a gunman entered the Gilroy Garlic Festival and began shooting.

The gunman, identified as 19-year-old Gilroy resident Santino William Legan, opened fire on the crowds during the last day of the festival. He died of a self-inflicted gunshot wound.

A memorial now marks the site of the shooting, with three large stones situated at the base honoring Trevor, Keyla and Stephen, surrounded by a fence with 17 posts, one for each of the people hurt.

On Tuesday evening, the Gilroy Strong Resiliency Center plans to hold a tribute, which will be livestreamed online. They invite people to put a #gilroystrong sign in the windows of homes and businesses to show support.

The 6-year-old was at the annual food festival with his mother and grandmother, who were both hospitalized.

Stephen's grandmother, Marivel Romero, remembers him as an all-around good kid who was loved by everybody.

The bright, young 13-year-old would've celebrated her 14th birthday one week from the shooting. Strong, smart, beautiful, and vibrant were just a few words family and friends used to describe Keyla.

She was described by many as "Sunshine." She's a young woman who family said spent the morning of the shooting cleaning and completing chores to convince her parents to buy her a puppy.

Family members said she was the first to stand up when she heard gunfire. They said she turned to look for family, that's when she was shot.

According to his parents, 25-year-old Trevor had many dreams, including to become a father one day. His girlfriend Sarah, who he considered his fiancéé, was with him during the shooting and escaped.

When asked how they want Trevor to remembered, Tammy answered, "I want people to remember Trevor as the kindest person you'll ever find. He would never hurt anybody."

"The last thing I said to Trevor was, 'Trevor I love you,'" said Tammy Williams said. "He said, 'Mom I love you. I'm having a good time, I'll call you tomorrow.' Well, my call tomorrow never came. That call for me was getting in the plane to bring him home and bury him."

The call came from an officer instead, telling her that her son had been killed.

Trevor's father describes Irby as his best friend and the perfect son.

Trevor's brother died 26 years ago and his grandfather died one month before the Gilroy shooting.

Gilroy shooting: Stories of heroic actions and survival as community stands strong together 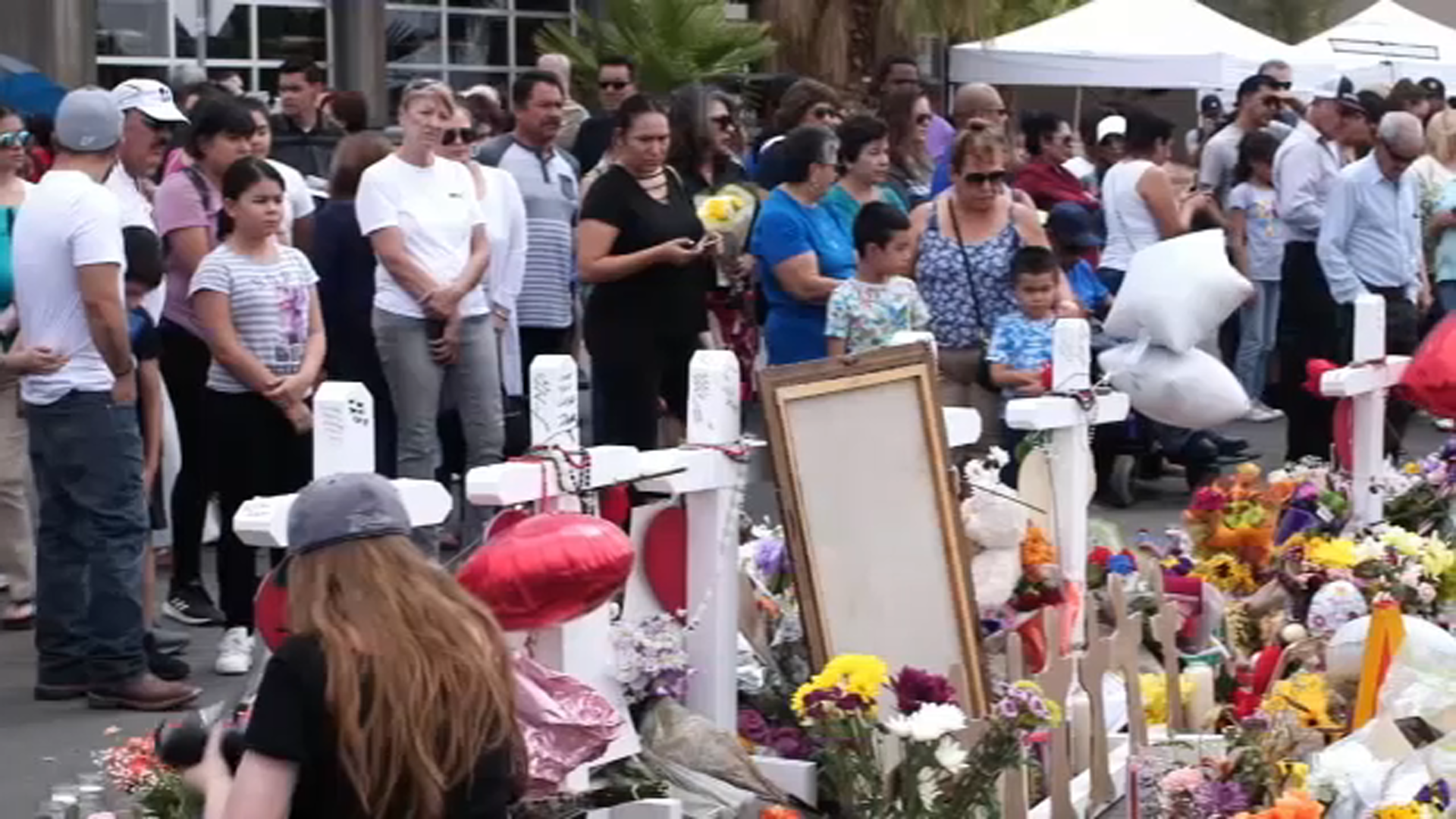 EXCLUSIVE: Gilroy survivor meets woman who stopped to help him after he was shot